He was younger than I was — still in his twenties — but the patient had already had his chest opened twice. Deadly bloodstream infections contracted from sharing needles had destroyed his heart valves on two separate occasions. And now six months out from his most recent operation, he was back with fever and chills: ominous signs of another infection.

That was years ago. The opioid epidemic hadn’t yet been declared a public health emergency. I had just begun my training in cardiology, and he was the first such patient that I had ever taken care of. In the ensuing years, there would be many more like him: patients with endocarditis, a potentially fatal infection of the heart muscle and valves, and one of the most feared complications of using intravenous drugs.

Nowadays, of course, stories like his are everywhere. Just look through some of the headlines in The New York Times over the past year. You’ll see descriptions of “Addicts in Thrall to Opioids,” and pieces about “The Lawyer, the Addict” and “An Addict” who “Dies in a School Restroom.”

But these headlines do more than simply convey the grim reality of the opioid crisis. They also carry another more subtle message, one that reinforces our country’s outdated attitude toward addiction. Stigmatizing descriptors like “addict” conflate patients’ personhoods with their disease. They strip people with addiction of their humanity. They perpetuate the myth that these patients are somehow undeserving of our care.

In truth, just like high blood pressure and heart failure (illnesses that are familiar to every cardiologist), addiction is a disease, too. It’s a condition for which medical treatment and regular follow-up can save lives. However, of the more than 20 million individuals in the United States with addiction, only a small fraction receive specialty treatment. And stigma — the way our society labels these patients — is a major reason why.

The New York Times has more than 130 million monthly readers. Its reach is immense. For it to run pieces with titles like “An Addict Brother’s Death; a Sister’s Guilt-Ridden Grief” is to transmit stigma en masse. It is to render patients with addiction, in the words of the pioneering sociologist Erving Goffman, “tainted and discounted” in the eyes of the public.

To be sure, people in media aren’t the only ones employing stigmatizing language. Doctors themselves may inadvertently confer stigma when talking about a patient with another colleague, or when documenting a patient’s history in the chart. When I was in medical training, it wasn’t uncommon to hear a patient with several prior ER visits described as a “frequent flyer” or an elderly person with cardiac arrest labeled a “ticking time bomb.”

But it would be ludicrous — cruel, even — for me to blame one of my patients for having a heart attack. In the same way, I’ve learned to abandon terms like “drug addict” and instead use language like “a person with addiction.” Such “person-first” language underscores the idea that the patient has a condition that’s treatable.

And perhaps, more importantly, it challenges a pernicious and antiquated notion: that addiction is a moral failure, simply due to a lack of willpower on the part of the individual. As researchers have known for some time now, addiction, rather than being a disease of “self-control,” is a complex, chronic illness with both a genetic and environmental basis.

It’s time for all of us to change the way we talk about addiction in order to reflect this understanding. Popular media, with its ability to reach millions of Americans in their homes every single day, is in a privileged position to guide the conversation.

The Columbia Journalism Review recently acknowledged that “a long tradition of shaming substance users has made the press less inclined to talk about addiction as a public health crisis rather than a moral one.” And in its 2017 Stylebook, the Associated Press explicitly advised journalists against using “words like … ‘addict,’ ‘user,’ and ‘abuser,’” noting that such language is “inaccurate” and “can be a barrier to seeking treatment.”

But as those New York Times headlines illustrate, the broader journalism community has been slow to change.

Language matters, especially when it’s used to describe our society’s most vulnerable, and most certainly when it’s wielded by people in power. This is true when it comes to common conditions like heart disease, and it’s true in stigmatized conditions like addiction.

Language can elicit both compassion and contempt. But this isn’t about mere semantics or vague notions of political correctness. Words shape attitudes, and attitudes, in turn, shape policy. When it comes to addiction, the stakes couldn’t be higher: in light of a public health crisis that’s claiming the lives of 175 Americans every day, the consequences are nothing short of life or death.

Shortly after my piece was accepted for publication, the New York Times published a story entitled “Injecting Drugs Can Ruin a Heart. How Many Second Chances Should a User Get?” Setting aside the ethical question of whether it’s permissible to deny patients with a life-threatening condition treatment simply because of their perceived risk of relapse (answer: it’s not), the Times article is rife with the sort of stigmatizing language that I’ve already alluded to. Whether you’re labeling people with substance use disorders “users” or “addicts,” implicit in this messaging is the idea that such patients’ lives aren’t worth saving. Again, addiction is a disease. It requires evidence-based treatment, not moralizing rhetoric and punitive approaches.

Akshay Pendyal is a cardiologist. 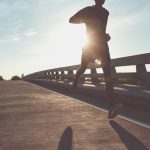 Stop shaming those with addiction
7 comments