I met David on the internet. It was to become on of the closest, most intense relationships of my life.  For you see, a few months before he crossed my path his daughter finished the same protocol for the same type of brain tumor that my daughter just had started.  They had successfully traversed the waters that to me were completely unknown — and frankly terrifying.  On the pediatric brain tumor listserv, he seemed to know the pitfalls, the warning signs, the hard stuff as well as ways to make the best of life no matter the circumstance.  David became my anchor keeping me from washing away while enduring the torture of watching my daughter deal with the harsh side effects of her treatment.  During that time I would often call or write every day.

A couple of cycles into chemotherapy, I was having a tough time.  The hits seemed to keep coming for my girl.  She had been neurologically devastated by surgery. Radiation had taken her hair — hopefully temporarily.  The tattoos though would be a reminder for life.  A wicked gastroparesis was a gift from vincristine.  Some weeks there was little in and nothing out.  The thief, cisplatinum, now was stealing her hearing. Clearly, I was overwhelmed drowning in sadness and angst.

My voice trembled as I tried to convey my fears, regrets, guilt and total lack of a vision for a long term.  Even through the airwaves, one could see that I was on the verge of tears — ready to fall apart at any moment.  Then my friend asked me, “Have you ever noticed how cruise ships are two-toned?  They are white at the top and red or blue at the bottom.”

Over the many weeks, I had gotten to know my friend.  I thought he was trying to distract me — to give my mind something else to think about.  He must be reaching to try to pull me out of the whirlpool of despair that was sucking me down.  Perhaps he had some interesting story to tell of the ships that pulled into the port near his home.  He went on to muse that it might be good if people were the same way.   David had succeeded in getting my attention.

The English citizen proudly talked about the seafaring history of his heritage island.  Unfortunately, in the mid-1800s the insurance business made it profitable when ships sank as well as when they reached their destination.  The practice of overloading boats with goods to the point of capsizing in less than ideal weather became so commonplace that cargo ships were called “coffin ships.”  A social-justice minded MP, Samuel Plimsoll, championed the safety for the sailors by advocating for a line to be placed on ships so that anyone who saw the vessel would know if it was at risk.

It was such a simple thing — a visible line to know overload.  And if one couldn’t see the line, it was time to either get rid of some stuff or get to a safe harbor.  Yes, wouldn’t it be fantastic if people were that way?  We could instantly see whether they were at risk, the reason for floundering or just be there to be the safe place to unload.

But people aren’t like boats.  Sometimes it is hard to see — and even more difficult to ask for help.

Over the years, this became our shorthand — an emergency flare — to clue the other that one or the other was in a precarious place.  When the answer to “How are you?” was returned with “Beyond my Plimsoll line,” each of us knew to be ready to be a safe harbor and be ready for a dump of stuff coming one’s way.  Everyone needs someone to be a safe harbor.  It can make all the difference in the way one sails through life.

Loice Swisher is an emergency physician.  This article originally appeared in FemInEM.

Medical residents and academic due process: Know your rights 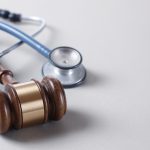 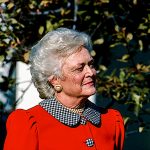