At first glance, I thought that I was reading the medical chart of an elderly person or at least one who had some other predisposing medical conditions to explain her current state.

But I was staring at the body of a 28-year-old woman. She had a youthful face and frizzy hair from being propped up on the same static-charged pillow for the last few days. The nurses had painted her fingernails with red polish and slathered Vaseline on her lips, giving them a shimmery appearance. I was standing at her bedside with her mother, a well-dressed 50-something-year-old woman whose face was tear-stained. The attending on our ICU team had just told the family that the patient’s condition was terminal. Tests had confirmed that the electrical activity in her brain was not compatible with life. She had been declared in a persistent vegetative state, which is the medical term for being brain dead.

It was time to withdraw life support.

She had been a patient on our team for only a week, but in that time had suffered cardiac arrest twice, a presumed stress response to the perplexing processes in her brain that had caused her most recent massive stroke, and led to her persistent coma. Despite her young age, the patient had been in our hospital exactly one year before with a small stroke, from which she had fully recovered. The cause was never determined, despite a complete medical evaluation for genetic states that would have predisposed her to have clots, or a source from which little pieces of a plaque could have broken off and traveled. Her brain and neck vasculature had been imaged multiple times looking for abnormalities. She had not been pregnant or on birth control pills, other factors that can lead to clotting. It was just bad luck. A short stay in rehab last year cured her of her minor motor deficits, and she returned to work and her pre-stroke life without persistent effects.

Now as I stood over her bed, I couldn’t help thinking about what we might have missed. It is well known that some people just clot, and we don’t have a reason. There are certain genetic tests we can run, but when those come back normal, and a patient has multiple blood clots in their veins anyway, we often reflect on the imperfect science of medicine.

The task that I had been given by my attending on rounds that morning was to convince the family that “coding” the patient was a futile act. It was my job to make the patient a “no code,” in light of the fact that she had been resuscitated twice in the past week, and her heart was likely to stop again. Soon. I had done this many times before, and was perhaps overconfident in my ability to conduct this specific discussion. I sent my team along to other rounding, confirmed that the entire family wanted to be present for a serious discussion and began my usual diatribe about withdrawing care. I described how in this situation, it was a more dignified and humane way to die from cardiac arrest rather than with people pumping on her chest, possibly breaking ribs, etc. When I paused for a breath, I briefly looked up from the patient’s face and noticed that no one was really listening to me. I looked at the patient’s mother, who was her medical decision-maker, and then said quietly, “Mrs. X, can you tell me what you think about what I have just said?”

The inertia of her movements was palpable. It was as if she could barely tear her eyes away from her beloved daughter’s face to meet mine. There was a pause that was borderline uncomfortable in length as her eyes slowly scanned the room, and ultimately rested on me in a seemingly blank stare. Thinking she was just too distraught to have heard my question, or in a state of some kind of denial or shock, I took a breath in preparation to repeat myself.

Before I could reform my question, however, she turned her eyes back to her daughter and whispered, “It’s Mother’s Day.”

All the oxygen in the universe was sucked from my lungs as the words hit me like a cannonball to the chest.

I was asking her to allow her only daughter to die on Mother’s Day.

When the lump dissolved in my throat, which may have been quite a few minutes later, I again met her gaze and simply said, “Yes, ma’am,” and left the room. I saw my attending in the stairwell on the way downstairs, and when he asked about the code status, I stole her line and muttered, “It’s Mother’s Day,” and kept walking.

I went to my call room and sat on the bed staring at the pasty white wall for a while, stunned. I had been on call for 30 hours and had no idea what day it was in the outside world. I then called my mother on her cell phone, holding back tears as I wished her a Happy Mother’s Day. She was driving home from church.

The next morning, I received a call from the nurses that there had been a family meeting and prayer with the chaplain, and that the family had decided to withdraw the ventilator later that afternoon. The patient died peacefully and uneventfully. No one performed CPR, and her mother held her hand until her last agonal breath was taken.

And now, when I have an end-of-life discussion with a family, I always make sure to check the calendar first. 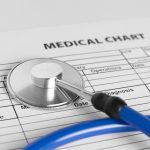 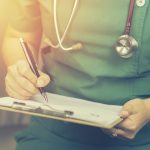