For the last week and a half, I’ve been lost.

After experiencing compassion fatigue and realizing I wasn’t even close to pulling myself out of burnout, I’ve been racking my brain trying to rethink my situation yet again.

I reached for my old faithful habits.  I became more consistent with my lunchtime mindfulness sessions and re-instituted exercise, yoga and hiking.  I even went phone free for the weekend, though admittedly this was totally unintentional.  Without the constant distraction of Facebook, email, Instagram and multiple text chains I had hoped to find clarity.

Instead it just shone a spotlight even more on my husband’s recommendation: just care less.  This was a solution I hadn’t considered before.

Could I really do it?

This was not the doctor I envisioned I’d become.  But, looking back I should have seen the demise of this idealistic dream coming.

I’d been here before during residency.

I can picture myself during a hospital rotation, peering around the corner down the hall to make sure my patient’s family was gone before going in to declare him dead.  I didn’t want to deal with their grief.  It would have cut into my efficiency.  No, better to wait an additional 5 minutes than to stand in the room shielding myself from their tears and steeling myself against their last efforts to feel the warmth of his dead body, hugging him in vain before rigor mortis set in.

I remember when the decision was made to withdraw care on a premature baby who had a botched resuscitation at an outside hospital.  Logically, I told myself the baby would not have a good outcome if she were kept alive – there was too much bleeding in her brain, turning it into mush.  Emotionally, I felt nothing.  I just wanted to get out on time.  It was my short day, after all.

So yes, I’ve been the doctor who just cared less.  And that is a version of myself I never wanted to return to.

That was a doctor who still wanted to be a doctor.

So where does that leave me now?

L came to me this week hoping to get all her labs updated, and medications renewed for her type 2 diabetes, high cholesterol, and high blood pressure.  She lost her job six months ago but was still able to be on her husband’s insurance during that time.  However, he just lost his job a few weeks ago, and now they’d both be losing insurance at the end of the month.

As we reviewed her labs and blood pressure, I told her I was pleased with where the numbers were.  Her diabetes, cholesterol and high blood pressure were “stable” and “medically optimized.”

“Oh, good!  I wasn’t sure where they’d be … I’ve been stress eating.  But you probably knew that because my weight’s gone up.”

“You certainly have reasons to be stressed.  But … maybe now is the time to really focus on your health?  You know, if you worked on lifestyle changes through eating less carbs and more fruits and veggies, started exercising…”

I glanced over and watched her eyes gloss over during my sermon.  Then, in a split second, I watched tears collect, threatening to brim over dark circles, evidence of several sleepless nights.  Her internal struggle to keep her emotions in check halted me mid-sentence.

I was bright-siding her — that thing that ignores and discounts the actual issue and forces positivity on a shitty situation.  That thing I hate because it’s never helpful.

This was not what L needed from me.  She needed reassurance that she’d be OK while she searched for another job and insurance.  Her healing was not in medications I was prescribing or kidney function I was monitoring — she needed me to address her humanity.

“I’m sorry.  Of course, you know these are things I want you to do, but let’s not focus on that right now.  Here is the contact information for the free clinic I volunteer at, and here are some discount prescription cards you can try to use to get the cost of your medications down.  There are some resources you can look at on the county’s website as well.  But, remember you can always call the clinic, OK?”

As I handed over my almost illegible notes, she grasped my hand and squeezed them between hers.  The tears were free-flowing, but she was no longer trying to hold them back.

“Thank you.  I’ll be back when I get my new insurance.”

What good would my previously wielded shield against those tears have been in this moment?  Her medical problems were already “controlled and stable” as I would document in her note.  But that’s not what she needed from me.

She needed a real person behind that white coat.

I can’t separate and compartmentalize.

I can’t see someone suffering in front of me and not respond so I can walk out of the room and be on time.

This puts me back at square one.

Maybe that’s not such a bad thing. 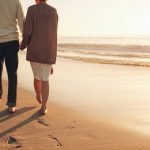 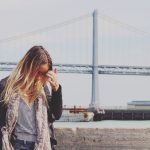 Just care less: That’s something many doctors cannot do
4 comments