Consider this hypothetical addendum to a hospital discharge summary:

”ADDENDUM @10:56 a.m: In considering the accurate billable discharge time involved in this case (as I have recently been instructed by hospital coders that I must record the exact time required for a patient discharge, rather than simply “greater than 30 minutes” or “less than 30 minutes”), I feel I have stumbled upon a troubling quandary, having failed to note the exact time that I began work on this particular patient’s discharge process.

I would estimate that I began working on it at about 10:25 a.m. at which time I initiated review of the patient’s data, and looking at the clock now, after examining the patient and filling out all of the discharge orders, it is currently 10:56 a.m., which would amount to a total time of just over 30 minutes; however, I cannot honestly verify that exact start time, and that concerns me, due to my intense desire to be completely compliant with billing policies. In addition, I should, in clear conscience, admit that during the process of working on the discharge medication reconciliation, which required several corrections to the home medication list, I was interrupted twice by nursing staff for questions on other patients, and the time required to resolve those new issues is not entirely clear to me, as I did not measure these periods of time precisely. However, I would estimate, in my honest opinion, that each interruption required about one or two minutes, including time taken to enter the associated orders into the EMR.

I should also note that, during the discharge process, I discussed the plan of care with my medical student for educational purposes, which should certainly be excluded from the billable time committed purely to patient care; time which probably amounted to four minutes, although again not precisely measured, I fear. I also feel rather guilty that, during my discussion with the patient, I probably spent an unreasonable amount of time discussing tangential issues, such as the patient’s cat and her gardening hobby, which had nothing to do with her medical care, a discussion to which I would ascribe five minutes. On the other hand, I now recall that we did begin discussions about this potential discharge this morning in our meeting with the case managers, in which we assessed potential home needs and follow up care for this patient, which should add about three minutes or so to the discharge time involved; and I now remember that I also took a short call from family members by phone earlier in the day and alerted them to the potential discharge to ensure that they would be able to pick up the patient later today, a call which required about four minutes.

Thus, an estimated 31 minutes, minus two interruptions and education time, and non-medical topics of discussion, brings the total actual discharge time estimate to 19 minutes, but with the morning planning meeting and the call from the patient’s family, the total time is raised to 26 minutes, which still falls short of the 30 minute cutoff for the higher billing code: 99239.

Yet, I now realize that, with the time I have committed to the complete and thorough documentation of this addendum to the discharge summary, six minutes, I have actually reached a total of 32 minutes, which is now greater than the 30 minute threshold, so, in good conscience, I will bill 99239.

SECOND ADDENDUM @ 1:37 p.m.: When the family of the patient finally arrived, they had several more questions for me, which took about seven minutes to answer, raising the total time (excluding the above addendum) to 33 minutes, so please disregard the above addendum, which, I realize now, did not likely qualify as billable time anyway. Discharge time: 33 minutes. 99239.”

Although exaggerated in the example above, the point is: billing standards and the associated compliance with them are idiotic in many respects, but particularly in the case of time-based billing, as the time required to provide appropriate services is a poorly quantifiable measure in the realtime of clinical practice and is also very easily and often misrepresented. I believe that we, as a physician community, should continue to work together toward more value-based, or at least logical, rather than time-based, billing policies, supporting initiatives like ACP’s “Patients before Paperwork.” The horizon appears grim to me, unfortunately, but let’s move this discussion forward.

Physician well-being must be the standard of medicine 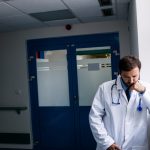 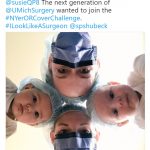