The first week of residency of any program is usually comprised of several orientation sessions in which the new interns are introduced to various important aspects of the residency program. My orientation week was no different with a river of new information flowing towards me. Needless to say, I felt a bit overwhelmed and struggled to keep track of everything that was being introduced. Later on, I found out that this was true for all of my colleagues, that made me feel a little better about myself.

One of the sessions regarding patient safety and quality though caught my eye. It was the introduction of the STEEEP model of health care. Initially, I thought this was an acronym that had been manufactured by the patient safety and quality department of my institute. It came across as a clever acronym that stood for safe, timely, effective, efficient, equitable and patient-centered (STEEEP) care — a motto that was supposed to be shared by all employees of the hospital.

It was later in my journey as an internal medicine intern that I found out that STEEEP originated from the Institute of Medicine, in 2001 as a follow-up to a report in 1999 that brought to attention the alarming state of patient safety in the United States health care setup. This model was adopted widely and is a term that has been used frequently in the world of patient safety and quality.

STEEEP replaces the old philosophy of “First, do no harm,” as it tackles the issue of patient safety and quality on a more broader level. It focuses on the need to provide safe care at all times. All care that is provided should also be timely, as delay in care can potentially lead to grim consequences. The care provided should be effective, in line with the latest evidence, delivering results in the best possible way. It should be efficient, hence reducing wastage of crucial resources — thereby decreasing costs. It should be equitable, getting delivered regardless of the recipient’s race, religion, ethnicity, and socioeconomic background.

STEEEP also encourages health care systems to be patient-centered, another concept that has been around for a long time, ingrained in us since our first days in medical school. The patient-centered model revolves around the patient, with each arm of the health care team treating the patient as its focal point. The term itself is rather self-explanatory and leads the mind to envision a scenario whereby the patient is like a star, and all other components of the health care team — such as the physicians, nurses, nurse managers, and social workers — orbiting around it like planets. The model has been further elaborated and explained, with components such as physical comfort, emotional support, and involvement of family and friends, fashioned within this philosophy, all tailored to improve the patient’s overall experience. It teaches the health care team to be humble, compassionate and flexible. It encourages us, the health care providers, to rise up above our needs — physical, emotional or psychological — and keep the patient at the center of attention, as we provide care at the best of our abilities.

Empowered with these concepts, I began my internal medicine residency dealing with one rotation after the other, thriving in some and surviving in others. As the year progressed, there were multiple sessions held, similar to the ones held at orientation that talked about physician burnout and resident wellness. While my enthusiasm in the first week of intern year helped me power through every session in orientation week, I found myself less attentive in similar tasks for the rest of the year — my mind often drifting to a pending order or an incomplete discharge summary. Additionally, I came across statistics that talked about the high rates of burnout in physicians, with some surveys reporting numbers as high as 42 percent.

While the possibility of burnout affecting me seemed distant in the first few months of intern year, fatigue began to slowly creep into me by the months that followed. I was getting adequate sleep, and my diet was appropriate as well. I was surrounded by friends and family, and yet my oomph and drive to deliver the best care that was possible for my patients slowly evaporated away. I began feeling like a just another statistic, adding to the growing number of physicians who suffer from burnout in the United States.

During my second year, I also had the privilege of attending the Institute for Healthcare Improvement’s (IHI) National Forum, an annual event that brings together the best minds within the world of patient safety and quality as they share their ideas and recent advances. During the conference, I came across a talk by Derek Freely, CEO and President of IHI. He talked about the concept of mutuality, and how it might appear to be superior to a patient-centered approach while delivering health care. Personally, I found this to be a strong message that could potentially change the psychological landscape of health care moving forward if adopted in the right way.

Mutuality can be envisioned as a kind of symbiosis, whereby both the patient and the health care provider gain something from a particular encounter. In the fold of mutuality, a provider sees the patient experience not as something draining, but rather as an act of rejuvenation. Putting it in practice, I can now use this concept when entering the patient’s room, knowing that this experience will increase my overall experience in health care, potentially making me a better physician. If I get to read about a patient’s ailment, it will increase my knowledge of the disease in question. If the patient begins to feel better with the care I provide, this would in-turn make me feel better for playing a meaningful part in another person’s life. Over time, these experiences can multiply and hence increase my overall feeling of well-being, potentially decreasing the chances of burnout.

My mind is hence forced to travel back in time to the first week of residency when STEEEP was so passionately introduced. I wonder if it is now time to replace STEEEP with STEEEM, a concept which makes the well-being of the health care provider also a part of the equation. It is perhaps time to discuss this further at the very grass root level of our medical education.

And while being patient-centered comes with its benefits, it is not entirely catered to the system as a whole, a vital part of which is the health care provider. Mutuality, on the other hand, has something for everyone. It allows us to grow together in this journey, to cherish the success stories together and to work on opportunities as a united force. By incorporating mutuality in our practice, we have a better shot at achieving sustained happiness and decreasing burnout, which will eventually translate into improved patient care. If adopted, mutuality can alter the culture of a health care organization, as it promises to offer everyone with more than what they already have.

Physicians: Find your "why" to help with burnout 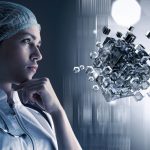