“I want you to be my doctor. You don’t judge me,” Mr. L said. “I left my last doctor because of the way he treated me. He did not understand me and could not care for me. I was born a woman, but I am a man,” he said.

When it comes to providing patient care, I think the most important part comes from a principle we are taught as children: Treat others as you want to be treated. I care for a diverse patient population. As a transgender man, Mr. L is a part of that diverse community, and like my other patients, he was looking for a doctor to provide him with the medical care he deserves. My job as a physician is to provide the best care I can, regardless of who the patient is. Unfortunately, for the transgender community, acceptance and poor understanding of their health needs still remain problems.

According to an American Journal of Public Health article, there are an estimated one million people living in the U.S. who identify as transgender.

The problem may lie in that physicians do not receive enough training in transgender medical issues. In 2009 to 2010, a study of U.S. and Canadian medical schools reported in the Journal of the American Medical Association, found that the median reported time dedicated to teaching LGBT-related content was five hours. The content, quantity, and quality of instruction varied immensely among the schools. According to a Journal of Women’s Health 2014 article and a Journal of Clinical Endocrinology and Metabolism 2017 article, 80 percent of gynecologists and 81 percent of endocrinologists (the physicians most frequently consulted to prescribe hormonal medications to transgender patients) have not received training in providing care to transgender patients. It is not difficult to see that we have not been adequately trained and prepared to care for this population.

After nearly seven years of building relationships with my patients, I believe we form relationships based on commonalities. While I personally cannot know the experiences of my transgender patients, it is apparent to me that Mr. L is not so different from me. We both have families we deeply care for. We both want to be accepted. We both share joy. We both experience sadness and pain. We are both humans. This is what connects me to Mr. L, and this is what connects us to others. With more competency training and shifting attitudes, I hope the experience Mr. L had will be a thing of the past. For my part, I’ll continue to return to that childhood lesson: Treat others as I would want to be treated.

Anika Godhwani is a family physician.

Care coordination is more than a T-shirt slogan 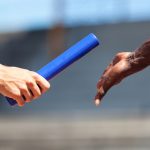 A silent moment with a dying patient 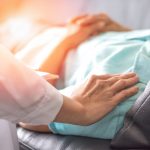 Caring for trans patients: Treat others as I would want to be treated
2 comments