During my third year of medical school, I received a harrowing phone call, “Can you please go over to Steve’s place? I am worried about him. He might want to hurt himself.” The person requesting this was the mother of one of my best friends in medical school. I was a third-year medical student on my surgical rotation. Steve’s mom was concerned he might commit suicide. Sleep deprived as I was, I ventured over to Steve’s apartment. This is where I would learn the true meaning of the command: “Physician, know thyself.”

Steve (not his real name) and I met during my first year of medical school. It was his second first year as he took a break from what should have been his first year after some tough family situations. His parent’s family pharmacy was failing at home after a worker made a mistake that hurt a patient. Steve made an intentional decision to take a break from medical school to help his family business. He would be coming back to medical school the next year to start over once his family life was in order. His repeat attempt is when I met him.

This plan sounded all well and good, except that Steve’s next attempt at medical school encountered problems, too. He didn’t pass a class, which led to a formal process where Steve would have to fight for the right to stay in medical school. While battling major anxiety, Steve underwent several committee meetings, multiple appeals and many sleepless nights. Steve found out that his dream of becoming a physician would end the day before his wedding day. He was marrying his high school sweetheart of more than ten years. On the day he and his wife said, “I do,” he was surrounded by his medical school friends all who (except for me) had no idea that their journey would continue while Steve would be left behind.

As I watched his soon-to-be wife walk down the aisle on their wedding day, the skies opened up, and it began to rain. As a groomsman in his wedding, I couldn’t help but feel this was a harbinger for what was to come.

It didn’t take long during that next year for Steve’s downward spiral to begin. He had always dreamed of becoming a family practice doctor in his hometown. With a lot of hard work and perseverance, he received admission to medical school. Yet, he delayed going to medical school the first time for a year while his older sister applied to medical school. Steve felt bad that he would be gaining admittance before his sister. He was a caring and selfless person who really enjoyed putting others first.

Unfortunately, because of the amount of work he put into getting into medical school and the long-held dream he had of becoming a doctor, Steve’s identity began to be rooted in that dream. When it all fell apart, his relationship with his wife began to unravel. He spiraled into a deep and dark depression. His marriage never really stood a chance given the circumstances in which it started. Divorced and depressed, he went to a particularly dark place.

What determines your identity?

How do you know what your self-identity is? You find out by answering the following question: “If you had to explain to someone you have never met, but who was very interested in learning about you, who you are … what would you say?”

Alternatively, you could ask yourself the following: “Name the most important things in your life that if you lost would change who you are forever?”

Pause. Think about both of those questions. Answer them out loud before you keep reading …

When answering that first question, most physicians would start out by saying something like the following: “Well, I am a doctor who works at the local hospital. I am originally from California, but did my training here on the East Coast. I’ve been married for five years. We have two kids, a boy who is four and a girl who is two. I love playing sports, particularly basketball. And I really enjoy cooking. What else do you want to know?”

On the surface, this all seems like a perfectly acceptable response. Except for one major thing. We have labored so long to achieve the right to call ourselves “doctor” that it has become part of our identity. You know what I am talking about. That moment someone asks what you do, and you are proud to say, “Well, I am a doctor.” Or maybe it’s when you notice how proud your spouse, parents, children or anyone else you love is when they explain that you are a doctor.

This is not, in and of itself, a bad thing. It is, however, something of which we must be mindful.

In the second question above about what would change your identity if you lost it, was your profession one of the answers? How does that make you feel? If you left it out, are you being honest?

Fight for your self-identity

Remember Steve. He lost his identity the day he found out medical school was over. It wrecked his marriage. It tormented his mental health. And it even led his mother to call me that night out of fear that he would take his life.

Please, take some time to inventory what matters most to you in life. This has to be done before it all comes crashing down. Otherwise, you might be left to pick up the pieces of your dismantled life. Being a doctor is a good thing, but it is not the “end all, be all.” You must root yourselves in things of substance. Not in idols that will forget you the moment that you least expect it.

Physician, do you know thyself?

I hope this post made you contemplate some important aspects of your life. Do you have examples like Steve’s from your experience? Are you like Steve yourself? How do we combat these things?

What can physicians do about mass shootings? 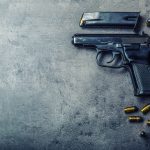 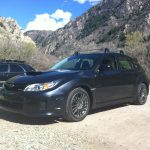