A single error oft inters the good that doctors do. The case of Dr. Hadiza Bawa-Garba, a trainee pediatrician in the NHS convicted for homicide for the death of a child from sepsis and hounded by the General Medical Council is every junior doctor’s primal fear.

A boy in shock

Friday, February 18th, 2011 was not a typically unusual day in a British hospital. Dr. Bawa-Garba had recently returned from a 13-month maternity break. She was the on-call pediatric registrar — the second in command for the care of sick children at Leicester Royal Infirmary. As a “registrar” she was both a master and an apprentice — a juxtaposition of roles necessary for the survival of acute care in the NHS. The captain of the ship and Dr. Bawa-Garba’s supervisor, Dr. O’Riordan, was not in the hospital but teaching in a nearby city. Dr. Bawa-Garba’s colleagues, i.e., other registrars, were also away on educational leave.

Normally, a registrar each is assigned to cover the wards, the emergency department and the Children’s Assessment Unit (CAU). That day, Dr. Bawa-Garba covered all three.

At 10:30 a.m. she assessed Jack Adcock, a six-year-old boy with Down syndrome who was referred by the GP for nausea, vomiting, and diarrhea. Jack was normally a lively chap, with a past surgical history of a repaired atrioventricular canal defect and on enalapril. He was apyrexial but looked dehydrated and sick. Dr. Bawa-Garba made a presumptive diagnosis of fluid depletion from gastroenteritis and administered an intravenous fluid bolus immediately and started him on maintenance fluids. She requested a chest radiograph, sent off blood for blood count, renal function and inflammatory markers and drew blood gases which showed that Jack was acidotic with a PH of 7 and a lactate of 11.

After the fluid bolus, Jack seemed to trend in the right direction metabolically. The repeat blood gas showed he was less acidotic with a PH of 7.24, heading towards a normal PH of 7.4.

At 3 p.m. she looked at the chest radiograph which showed pneumonia. She prescribed Jack antibiotics, which were given at 4 p.m. The radiograph had been exposed at 12:30 p.m. Radiographs aren’t routinely interpreted by radiologists — there aren’t enough radiologists in the NHS. Jack was moved from the CAU to the ward. At 4:30 p.m. she met Dr. O’ Riordan, her boss, in the hospital corridor. She showed him Jack’s blood gas results and explained her plan of action. Her boss did not see Jack.

Jack received enalapril. Dr. Bawa-Garba had not prescribed enalapril, and she clearly stated in her plan that enalapril must be stopped — the drug lowers blood pressure and is absolutely contraindicated in shock. Nor was enalapril given by the nursing staff — they stick to the doctor’s orders. An hour after receiving enalapril, Jack had a cardiac arrest.

Jack died from streptococcal sepsis. His circulatory system put up a fight, and he so bravely maintained his blood pressure that he deceived everyone about the true nature of his critical condition. His body had been fighting the bugs for some time. By the time he was assessed in the CAU, it was so knackered that it could not even mount a temperature. There is plenty of ruin in the circulation. And Jack might have prevailed. The fatal dose of enalapril took the sails out of his resistance and precipitated circulatory collapse.

To err is homicide

The trust’s internal inquiry identified several system issues which contributed to Jack’s death. But it is easier believing that a particular doctor “killed” the child than a system failed to save the child. Thus, a black, Muslim, female physician wearing a headscarf, who should have been the face of NHS’s glory became the face for all its failings.

Dr. Bawa-Garba and the two nurses who were caring for Jack were charged with manslaughter for gross negligence. With the power of hindsight, sepsis, the deadly deceiver, became a diagnosis which any half competent pediatrician should casually be able to detect. Jack’s care was meticulously decomposed. The delay in getting chest X-ray, the delay in reading the X-ray, the delay in prescribing the antibiotics. Unwittingly, the court was exposing system failures, but Dr. Bawa-Garba was being held responsible for each failed component. It was as if she was all of NHS and all of NHS was her.

Expert witnesses opined that had Jack received antibiotics within 30 minutes, rather than 6 hours, his chances of survival would have increased dramatically. There was tremendous certainty in the counterfactual. Diagnostic medicine is a fog of uncertainty until you know what the patient had. Dr. Bawa-Garba was found guilty of manslaughter — the jury returned the verdict 10:2.

Throwing the apprentice under the bus

Guilty of homicide for mistaking normalizing PH after a fluid bolus for hypovolemic rather than septic shock. The difference between jail and exoneration in Britain for a trainee physician is a multiple-choice question about a medical emergency.

Jack’s blood gases were deemed characteristic of sepsis. Oddly, Dr. O’Riordan, Dr. Bawa-Garba’s supervisor, was not guilty of not instantly recognizing sepsis. If a trainee doing the work of three registrars can be found guilty of homicide for not understanding acid-base physiology, what does it say about the competence of her supervisor? How can she be criminally negligent and not he? This is neither scientific nor logical. Dr. O’ Riordan was either incompetent or lazy. Or there’s another explanation — perhaps sepsis in a child is difficult to diagnose even for a seasoned consultant pediatrician.

Had Dr. Bawa-Garba prescribed the fatal dose of enalapril she ought to have been found guilty of manslaughter — that error is egregious. But she had not. And here, too, a failing, a mysterious failing, was internalized by the apprentice. It was deemed her fault for not anticipating that Jack would receive enalapril even though it was not on his drug chart. She was guilty for not thinking about all the contingencies.

The hyenas in the General Medical Council

The law, for all its failings, is the law. One can’t expect jurors to understand how trainees prop up the NHS, how any trainee could have been Dr. Bawa-Garba that day. But one does expect the General Medical Council (GMC), the regulatory body for physicians, to understand how the NHS works. GMC comprises physicians who were once junior doctors in the trenches.
Like hyenas drawn to a carcass, the GMC began circling Dr. Bawa-Garba. It was not enough that she was wrongly convicted of manslaughter. It was not enough that Health Education England withdrew her training number — i.e., annulled her residency. They wanted to make sure she could never practice medicine again. They wanted to erase her name from the medical register.

Though the GMC’s purpose is to protect patients and guide doctors, it’s an organization which takes an uncompromising stance towards its own reputation and the reputation of doctors in general in the public sphere. It has long taken the reputation of the medical profession personally. Meaning, if there is a chance that a physician, who has been investigated for fitness to practice, will bring the profession into disrepute, the GMC axes them from the register.

For the GMC, Dr. Bawa-Garba was irresistible fodder. She had already been found guilty of manslaughter by a public court which led the GMC to apply elementary logic — “found guilty; therefore guilty.” To save face in the public eye, the GMC has to make sure she could never practice medicine again. The GMC wanted to stay internally consistent. The law was an ass so, for the sake of consistency, the GMC had to be an even bigger ass.

The GMC believed that Dr. Bawa-Garba was not remediable. How did the GMC convince itself that she was a perennial threat? The GMC’s logic is best expressed in the submission of their counsel that “wholesale collapse of the standard of care provided by you (Dr. Bawa-Garba) came out of the blue and for no apparent reason. He submitted that it was therefore impossible to have any confidence that this would not happen again.”

And this is the crux of the problem. The GMC can’t see that when a physician with an unblemished track record fails to make a diagnosis — then maybe the diagnosis is tricky. The GMC can’t see that to err is to be a doctor. The GMC is out of touch with clinical medicine in the NHS. It is not evil —– it is profoundly ignorant, and it is playing a dangerous popularity contest with the public. This isn’t good for either doctors or patients. It is hard to see how paying annual dues to the GMC can be considered ethical.

The GMC pursued Dr. Bawa-Garba’s expulsion with extraordinary zeal. Finally, the high court sided with them, which opened the floodgates of the national angst of doctors in Britain.

Junior doctors run the NHS the extent to which is difficult to explain to people who haven’t worked in the NHS. As I mentioned before, Dr. Bawa-Garba was doing the job of both an apprentice and a consultant. This state of affairs is not without dividends. By relying so heavily on junior doctors, the NHS is able to employ fewer consultants. Consultants aren’t cheap — once you factor their salary and benefits, particularly the pensions. Thus, the NHS saves money but — and this is the crucial point — so does the taxpayer.

So, junior doctors are workhorses, but when the sh*t hits the fan, they can’t take advantage of a legal doctrine known as “respondeat superior,” which means that the employer assumes responsibility for their actions. This is a win-win situation for hospitals and lose-lose situation for junior doctors — not only must they make tough clinical decisions, but if they screw up, and unsupervised apprentices will screw up, they’ll be thrown under the bus.

To emphasize, the problem isn’t just that junior doctors work unsupervised — to a large extent, this is unavoidable. The problem is that junior doctors work unsupervised and are fried for errors of judgment inevitably made because of their inexperience. Court marshaling the foot soldiers for making decisions their generals were too busy to make is extreme cowardice. Trainees should be remediated by their teachers —not prisons. Junior doctors need complete legal protection — this is fair and civilized.

A competent doctor’s career was ruined by a virulent entity with a mortality as high as 80% and for which the NHS is neither any safer nor any wiser, though its lifeblood, the junior doctors, will have coagulated a bit. In prosecuting Dr. Bawa-Garba and the agency nurse who, sadly, was struck off the register, too, attention has been diverted from the shortcomings of the NHS. The General Medical Council has contributed to the grand public deception. The actions of the General Medical Council will outlive them. 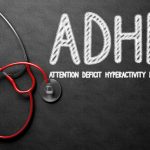 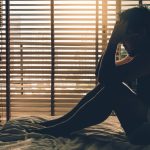 To err is homicide in Britain
2 comments