My physician advocacy began in February of 2017. I was reading a Medscape article about a doctor who was discussing the issue of physician suicide. She had her own website and newsletter.

After discovering the staggeringly high number of physician suicides, of which I was unaware, I signed up for the newsletter because I wanted to learn more. One day I received her newsletter; within it was a story about an emergency medicine (EM) physician who had attempted suicide. A colleague in my specialty. Fortunately, he failed in his attempt and lived to tell about it.

In the same newsletter was information for EM physicians who wanted to be a support for any colleagues who may be struggling. A private messenger (PM) program had been set up by an EM Facebook group for this very purpose. I joined the EM Facebook and signed up for the PM program.

Up to this point, I had never had a Facebook account. Although I had not suffered through this type of difficulty during my professional career, it was not impossible for me to believe that others had. At times, it almost seems as if medical industry is designed to destroy the very people who practice within it. When doctors experience the same issues with depression, suicide, substance abuse, etc., the response is almost always punitive. I wanted to be supportive of my colleagues. It was important they know they could trust me and I would help them get the help they needed.

I had no idea how I would do this, I just knew I could and I would. It became painfully obvious that the professional organizations that represented my specialty were sorely lacking in their ability to address this issue. The reality is that outside of psychiatrists, medical doctors, in general, are inept and uncomfortable when it involves diseases of the mind.

In no way do I attempt to be a therapist or a counselor; that would be irresponsible. I will ask the individual or individuals if they are suicidal. Outright. I’m well aware that I will not put the thought in their head. It will already be there … or not. None of those with whom I have interacted have been so far, thank goodness.

However, I do encourage them to get professional help anyway. I also support them keeping it confidential and if necessary, to lie on their applications. Mental illness is not a crime, yet medicine is the most punitive and discriminatory when it comes to physicians who are afflicted by it. We would never see this type of disparate treatment if a physician were to suffer from a heart attack.

I view mental illness as no different from physical illness. They work in conjunction, not separately. Whatever ails one or the other must be addressed for the whole to function effectively. Treatment must be sought and assistance provided. My role is to be a support, a friend and a sounding board for my colleague. I have big shoulders, a strong will, compassion, and empathy — I will be there for the long haul.

Natalie Newman is an emergency physician. This article is contributed by Physicians Working Together and the National Physicians Week Virtual Conference. 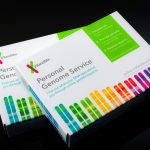 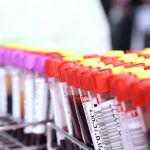