There are two doctors working at the local hospital. They are both around the same age, been in practice for several years, and in the same specialty.

Dr. Steele isn’t as smart on paper as Dr. Cooper. He got average USMLE scores and didn’t get into his first choice residency program. He just scraped by on his boards, but is now well established after a few years in practice. He enjoys most of his work, is loved by his patients and the staff he works with. He’s a great team player, connects well with all his patients and their families, and gets glowing reviews from them. He is jovial and cordial in his interactions and knows how to talk to people.

Dr. Cooper, on the other hand, went to one of the best medical schools in the United States and pretty much aced every single exam. He then completed his residency at a top medical center, before moving to the same hospital as Dr. Steele. Dr. Cooper, unfortunately, is not as good at communicating with patients. He is sound technically and has stellar medical knowledge, but is just not as polished when he talks to patients. He’s not terrible, certainly well-meaning, but just doesn’t interact well with patients and their families! They complain that he seems a bit rushed at times and doesn’t explain things in layman terms. The nursing staff thinks he’s occasionally a little abrupt with them, and is not very approachable.

There have been a couple of instances where they think he’s got a bit mad with them over the phone, and they generally don’t like working with him. When his immediate clinical supervisor, the physician head of his group, speaks with Dr. Cooper at the end of the year and diplomatically gives him some feedback, Dr. Cooper is surprised to hear these things, and has no idea what he’s doing wrong.

Anybody who works in health care is familiar with the above scenario. Doctors who are like night and day, within the same group. So what’s going on with Dr. Cooper? He seems pleasant enough when you talk with him and is certainly a highly intelligent individual. What he is lacking, unfortunately, is one of the most important skills a physician can have. It’s a skill that’s woefully under-taught to all students, but is a bigger problem when it’s not taught enough to a health care professional. Let’s remove the jerk factor for a moment; because sadly in all fields of life, there are always a few people who simply don’t care and have little desire to communicate better. These are few and far between, and the vast majority of everyone in health care is always receptive and looking for ways to improve.

Here are three things that were never taught to Dr. Cooper:

1. Listening skills.  If speaking is silver, then listening is gold. Being a good and sincere listener is the cornerstone of great communication. We are all very good at talking, but it’s the listeners who are actually the best communicators. Studies have shown that the average physician interrupts their patient about 20 seconds into talking. Of course, physicians have to remain focused due to time constraints, but 20 seconds isn’t nearly long enough if somebody has something important they are trying to tell us!

2. Interpersonal skills with patients and colleagues. How we come across when we talk with people is something most of us are unaware of, or have never had any professional feedback on. Very subtle verbal and non-verbal behaviors will determine on a psychological level, whether people are likely to warm to you, especially in a professional situation. There are a myriad of factors including tone of voice, how you acknowledge what the other person is saying, and even how you smile. Most physicians can easily learn techniques to improve some of these. Ditto for how you talk with professional colleagues!

3. Empathy and emotional intelligence. Empathy is a trait that is also intrinsically linked to many of the above points, especially listening. Emotional intelligence is simply the ability to recognize your own, and other peoples’ emotions, and accordingly, guide your own behavior. Health care being the unique field it is, improving this part of your character will greatly enable you to show more compassion—which is a crucial aspect of being a great clinician.

These are just three things Dr. Cooper can learn to improve his communication repertoire. Let’s be realistic: there’s probably no amount of teaching or coaching in the world that can turn a really bad communicator into a great one. Or ever make somebody who is at heart insincere, into a sincere one. However, there is always a lot that can absolutely take anybody up a few notches on the communication spectrum — where they are at least not bad communicators. Speaking as someone who regularly teaches communication skills, I am convinced that everybody is capable of this. I was recently at an event where after I spoke, somebody told me how important they thought it was that people (in this case college students) learn these “soft skills.” I had actually completely forgotten that in the education world —
communication is indeed referred to as a “soft” skill. I think that term actually does it a great injustice — because while the word soft is meant to imply easy and harmonious interactions — having the ability to communicate well is probably the single most important skill any professional needs to have for career success. Not least a doctor. 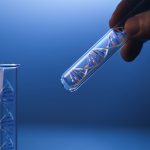 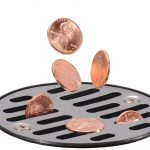