A few days ago, my Gmail app flashed an email across the screen of my phone.  By mistake, I swiped in the wrong direction, and it opened up an invitation from a medical survey company.  When I had first signed up with this company almost a decade ago, rates were much better (and admittedly, when you are making a resident salary, you don’t have a lot of pride in your per hour worth).  Since then, I’ve watched as they dropped the per minute compensation steadily for similar opportunities, and have started filtering them straight to my spam folder, but for whatever reason, this one slipped through.

When I saw the email, my jaw dropped.  This study was seeking a physician from one of the highest paid subspecialties in medicine (and one that requires a five-year residency), and was offering 30 dollars for 30 minutes.

I struggled with the concept for a second.  Was this company honestly trying to recruit expert physician opinions at a rate of $60/hour?  This, of course, doesn’t include the amount of time trying to get screened into the study to participate – after which the majority of physicians are screened out and receive nothing in return for their attempts.  As much as the whole thing blew my mind, I concluded that more likely than not, they were finding people to do those surveys, and the market was allowing it.

My shock transformed into frustration.  I thought about hourly rates commanded by professionals in other fields, and for other services such as spa services or services for the home. Considering the opportunity costs involved in becoming a physician, I think asking for these rates is absurd.  I will concede, however, that these companies are running a business, and if they can get away with these rates, it’s hard to blame them.

The next part of the email, however, rubbed salt in the wound.  It asked that I not rush through the survey, with a warning that if the pattern of responses suggested that the answers weren’t thoughtful, I would not receive compensation.

Ugh.  I was officially disgusted. I am quite aware that we as physicians do many time-consuming things that are uncompensated, such as answer phone calls or emails, fill out paperwork, convey the same information to multiple family members, etc.  I can justify a lot of that for the sake of good patient care.  But this was different.  I was being told to offer thoughtful expertise for a rate of 1 dollar/minute, and they got to judge whether it was thoughtful enough and deny compensation?

Why is it that we as physicians don’t respect our time more, and command rates accordingly?  Is it a remnant from our medical school and residency days, where we would seek out free pizza to avoid having to pay for a meal while somebody pitched us a horrible investment idea, or worked 80+ hour weeks as medical school graduates for rates that I now shudder to think about? Is that that we are so burdened with training debt that every little bit helps?  Is it that we think we’re somehow contributing to medical research (which I doubt)?

Whatever the reason, I think it’s a reflection of our tendency to undervalue our time, and I think that’s something that in this era of physician burnout, physicians have to reconsider.  I can’t tell anyone what to do, but I for one am going to strengthen my spam filters and be less lazy about hitting the unsubscribe button. 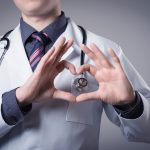 Will Buffet, Bezos, and Dimon be able to control health care costs? 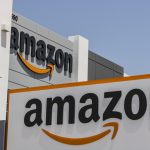 The devaluation of physicians’ time must end
47 comments