I recently saw a 35-year-old patient of mine who came into clinic requesting brain imaging. Although she had no specific symptoms, she had a friend who was diagnosed with a brain tumor several months ago and is concerned about the possibility that she could have one as well. When asked why she thinks she might have a brain tumor despite having no real symptoms, she replied that her friend also had minimal or at most subtle symptoms until her tumor was discovered at an advanced stage. She has read about the clinical manifestations of brain tumors and is concerned that some of the things she might be feeling could possibly be due to a brain tumor, the thought of which absolutely terrifies her. Consequently, she would like an MRI to make sure this is not the case.

My patient is one of the many “worried well” that all practicing physicians encounter.  Managing the worried well can be both frustrating and time-consuming, and also runs the risk of encouraging low-value care and potentially damaging the doctor-patient relationship. Yet on occasion, it can provide an opportunity to actually strengthen our bond with our patients.

Who are the worried well? They are not people with a definable health-related psychiatric condition such as somatoform disorder, or what used to be called hypochondriasis*. The worried well are also not people with medically unexplained symptoms that persist despite sometimes extensive evaluation.

Rather, the worried well are generally healthy individuals with less severe and typically more intermittent concerns about their health, often focused on a specific potentially undiagnosed illness or vague or nonspecific symptoms they wonder might represent the presence of significant disease. Fueled by an abundance of health-related information available online, it is very easy to look up a common symptom and find a rare or serious disease to match it. As in my patient, health concerns also sometimes arise around a condition that a friend or family member has recently experienced or died from, triggering awareness of specific and frightening diseases. These worries often result in requests for testing or consultation to reassure them that they don’t have a potentially devastating condition.

Why are the worried well worried? I’ve found that they are usually fairly well-adjusted people with many of the same fears we all have about the disruptive and potentially devastating impacts of illness on their lives. However, for multiple but often different reasons, these concerns become magnified to that person, leading to an inordinate focus on a particular disease or condition.

As physicians, it is relatively easy to become less sensitive to the true fear that most people have about becoming sick and the considerable anxiety and distress that can exist based on this fear. They also don’t have the “filters” we do for knowing the likelihood and usual (and unusual) clinical manifestations of disease, and what may seem illogical to us appears completely possible to them based on what they know and understand about disease.

Unfortunately, the worried well present a real paradox to physicians. We certainly want our patients to be engaged with their health and empowered to advocate for their own well-being. However, what may appear to us as an irrational health concern coupled with an often visceral desire for reassurance can be quite detrimental to the doctor-patient relationship.  The push for us to intervene in situations where there may be no indication to do so may make us feel as though our expertise is being challenged, not to mention the frustration (and often annoyance) at the time and effort required to address concerns that may seem illogical to us. And patients who don’t get the reassurance they seek may sense a dismissiveness and lack of concern for the worries they have and the emotional distress they may be experiencing. This disconnect threatens the trust that is central to the doctor-patient relationship. I’ve had several situations over the years where this disconnect has devolved into an unproductive “test-of-wills” that significantly damaged my relationship with my patient.

What to do with the worried well? Perhaps it is easier to start with what not to do. Although the most expedient action may be to simply order a requested test or embark on the desired path of evaluation, research tells us that doing so does not provide significant or durable reassurance to patients, and in fact exposes them to significant potential risk. And doing so almost always results in provision of low-value care. Although I can’t honestly say that I’ve never ordered a less-than-indicated test or study in a patient with significant illness-related anxiety, I try to do this only infrequently after careful assessment that it may be the best approach for that patient.

Rather, what I’ve found most helpful is to readily acknowledge the reality of their concerns and try to better understand the worries that underlying them. This seems best done through a good history and physical examination. Talking with and touching patients not only helps confirm that the disease is likely not present, but also conveys to them that you are taking their worries seriously. It is important to communicate that you are partners in health and avoid the inference that their symptoms and feelings aren’t real or are trivial. And talking in more depth about what they are experiencing may provide valuable insight into their concerns. In my patient’s case, it quickly became clear that she was less worried about actually having brain cancer, but rather was forced to confront the fact that her young friend, who has two pre-teen children as she does, could develop such a devastating disease and would likely not live to see her children grow up. She could see herself reflected in her friend’s situation and this terrified her; hence her seeking reassurance that the same fate would not befall her.

Offering a reasonable, non-judgmental explanation for the symptoms or feelings they are experiencing that doesn’t discount the reality of their distress may be enough in many cases. And reassuring them that you will be there to address any continuing symptoms or concerns can actually help reinforce a trust relationship with the patient.

Unfortunately, this approach does not always allay the worries of the worried well, and dealing with patients who persistently seek reassurance for their medical concerns through testing, or other interventions remains a challenge that requires artful management on a case-by-case basis.

However, caring for the worried well is a fact of life for most clinicians. By keeping in mind that they are usually average people struggling with health-related anxiety may help us approach them in a more patient and understanding way. Instead of pursuing extremely low likelihood diagnoses through additional evaluation and testing, helping them navigate these worries may be the best medicine we can offer.

*The recently published Diagnostic and Statistical Manual of Mental Disorders (DSM-5) markedly changed the classification of health-related mental disorders. Hypochondriasis and several related conditions have been replaced by two new diagnostic categories — somatic symptom disorder in which a patient has one or more chronic somatic symptoms about which they are excessively preoccupied or fearful, and illness anxiety disorder where a person experiences heightened bodily sensations and intense anxiety about the possibility of an undiagnosed illness; both groups experience considerable distress and life disruption around health issues. 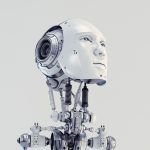 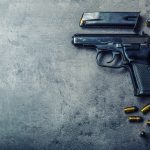 The challenge of the worried well
2 comments