Last week I made a patient’s chart perfect.

Not bragging, but ultimately it ended up being pretty easy, and I’ll explain how and why in a little bit.

This was a patient I had not seen in several years, with a number of chronic medical problems, for which he had been taking less than optimal care of himself since I had seen him last.

Here for a “checkup,” we talked about his health conditions and how he had been over the past few years. I got a little update on his family and all the things he had been up to, and then he and I — along with his wife, who was here with him for the appointment — went through some of the healthcare maintenance items for which a person of his moderately advanced age would be appropriately due.

Then came the easy part.

Pneumonia vaccine: “No thank you.”

Shingles vaccine. “Scared of that one.”

Colonoscopy: That one got a laugh.

Any form of colon cancer screening: “If those cards come back positive, will I have to get a colonoscopy? Well, then, no way.”

Prostate cancer screening: “Heard that’s one I definitely shouldn’t get.”

Each of these items required some discussion, explaining as best as possible the risks, benefits, and alternatives, that these were some of the things we think are a good idea, ways to keep him healthy. But mostly, due to whatever reasons, he had his own ideas about health (and this is clearly long-standing since he’s refused to do these through many years of care), he has just decided he does not want to do or pursue them.

Occasionally his wife rolled her eyes, but she also did this when he said that he was taking his medicines every day, which he clearly was not.

There were a number of other questions needed to buff the chart, items that were listed as needing attention, such as whether he’d fallen in the past year, whether he was depressed, still smoking, whether and why his blood pressure was not under control, whether his overweight status was addressed, all of which are in place in our electronic health record (EHR) as part of initiatives scattered across the chart (which I’ve written about in extensive detail before).

So the majority of the documentation for our office visit, the History of Present Illness (HPI), ultimately was a description of our conversation, an update of his health conditions, and all of the usual stuff, but when it came time to clicking these health maintenance boxes, suddenly I was faced with a very easy task.

“Click click click click.” For once, getting all of this updated and done was easy, since the answers were all in the negative. Amazingly, when I was done, there were no areas highlighted as missing, no little red flags warning me that some healthcare maintenance item needed to be updated.

Despite doing nothing, we were as updated as he was going to get.

A true record of care?

Because trying never hurts — sometimes we can move the dial, change someone’s mind, or perhaps some interim event happened which makes him now want to “take better care of himself,” or that his wife’s “suggestions” have suddenly become effective.

None of this documentation and charting made my medical record for him a better true record of the care I provided that day. While, in fact, in the assessment and plan I describe how I tried to encourage him and explain to him why many of these items were probably good for him in his terms of his long-term health, the clicked boxes that gave me a clean healthcare maintenance field in the electronic health record really didn’t leave much of a trail for another provider to follow.

Because that’s what a medical record is supposed to be. It’s not just a clicking of boxes and a compilation of recommendations that we’ve met. It’s supposed to be the medical document that helps us know what we as providers were thinking, what our patients were worried about, what we did, what we tried, what worked and what didn’t, and where we plan to go next to get our patients as healthy as possible.

Over 20 years ago, when I joined this practice, I inherited a large panel of patients from a very senior physician who had just retired.

When I started seeing those patients, the office staff would present me with a large stack of charts for my practice session, and I would open them up to try and figure out what was coming in the door that day.

After meeting all of these patients, digging through their charting in search of clues, and re-evaluating them to find out what their conditions actually were, I ultimately found out that she had in fact been taking terrific care of all these patients, that most of their health needs had been met, that all their “boxes have been clicked” despite nothing being written down.

As we’ve transferred the care of our patients from something that was primarily happening in that amazing interaction between the doctor and the patient, then onto the paper chart, and now in the 21st century into the electronic health record, have we lost the vision of what the chart is really for, and how it could help us take better care of our patients?

After years in practice, and seeing the documentation and charts of dozens and dozens of providers across multiple specialties, I’ve seen an incredible array of what people do in their charts, what they think is important to document.

You have the small documenters, who produce what we call “narrow charts,” text that rarely extends beyond a few words on each line, so that when you look at the chart, it’s all squished up against the left-hand margin.

There is a doctor whose notes are so known for their brevity that we call his charts “Sx Rx” because his notes look something like this:

(Translation: this is a patient who presents with viral upper respiratory symptoms who has a benign physical exam for which he recommends symptom-directed treatments. Court stenographers could learn a thing or two from him.)

And there are those who create long novels, writing everything down, and copying forward so much you cannot find the forest for the trees, the patient for all the words.

Just because one of my charts was finished, and I’m feeling very proud of myself, this doesn’t mean that the rest of the charts of the patients I saw that day were all that neatly tucked away. Many of the rest of them still looked frazzled, fragmented, and frayed.

Even though my Assessment and Plans try to tie everything together, noting what the plan was for each of their medical conditions and their health maintenance items that were done or outstanding, oftentimes I haven’t got the bandwidth to go back and click on the box that says his colonoscopy was done 2 years ago and he needs to redo again in 3 years, or that she had a mammogram done at her gynecologist already this year, or that she had a flu shot at her local pharmacy, or that he hasn’t fallen this year, or he has declined PSA testing.

We are trying to build ways to make these tasks automated, and in fact, create ways for patients to be able to update and accurately enter this information on themselves right into the EHR.

Right now my patients can see through the patient portal that items are listed as being outstanding for them, such as they haven’t had a flu shot this year, and the most common message I get through the portal is “Doc, can you update that I had my flu shot, that I had my shingles vaccine, that I had my colonoscopy?”

If we work towards a better more interactive more cooperative electronic health record, utilizing the entire team, and our patients as well, then maybe all our charts will end up being nicely tucked away, everything clean and clicked and ready to rock our patients to better health.

The practice of emergency medicine is a team sport 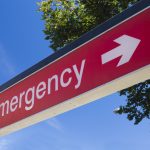 How gauze and tape healed a relationship 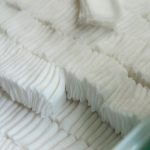