A few months ago, I hired a contractor for a home improvement project.  He didn’t know that I was a physician at the time, and we came to a mutually agreeable price.

Fast forward a few weeks, when we realized that we needed an extra, seemingly small, addition to our project.  By this point, we’d gotten to talking, and he’d learned that my husband and I were both physicians.

To my surprise, the new estimate seemed obviously inflated.  My sentiments were substantiated when he sent a link to the part he was ordering, which listed the price: a fraction of the price that he had quoted me. Not being able to reconcile that 30 minutes of labor and a reasonable middleman charge with the quoted price, I decided to ask for further justification.

Now, this contractor is a pretty candid guy, but even knowing that, his response caught me off guard.  He bluntly exclaimed, “Come on!  You’re two doctors.  I know how much you make.  I had over $40,000 in medical bills last year.  Are you seriously going to ask about a few dollars??  That money comes so easy to you.”

I took a deep breath.  I know physicians have a PR problem: I write about it often.  But I had never had someone confront me about it so openly.  My head was instantly filled with questions I wanted to ask him, and facts I’d like to throw back at him.  How much did he think the average physician made?  Did he really think that money came so easily?  What proportion of medical bills did he think ended up in the hands of physicians?

I wanted so badly to tell him about the 31 years of post-high school training my husband and I had collectively endured, how my children actually experienced stranger anxiety with my husband during their infancy because they saw him so little, and how this was the first year in over 10 years where our entire summer wasn’t dictated by studying for board exams or applications.  I wanted to tell him that I could count how many holidays we had spent as a family faster than I could count how many holidays we hadn’t because we were working.  I wanted to tell him about the emotional rollercoaster that goes along with being responsible for the life of an individual and everyone who loves that individual, about the fear of malpractice perpetuated by our legal system which drives defensive medicine, and the dramatic rise in physician burnout as the current landscape pushes physicians to do more on a daily basis, with less compensation. 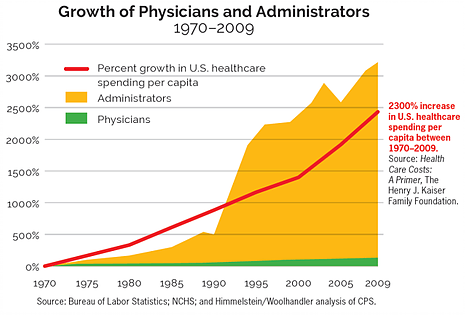 Emotions aside, I wanted to tell him that the average medical student comes out of training with approximately $200,000 in debt and monthly repayments larger than most people’s mortgages, that only 8% of healthcare costs go towards physician salaries, and that the average full-time physician in the United States works about 60 hours a week, with additional nighttime, weekend, and holiday responsibilities.  I wanted to show him graphs demonstrating the rise in the number of health care administrators over the past few decades, along with salary figures of hospital administrators and pharmaceutical and insurance company CEOs, and plot those alongside physician salaries.  I also wanted to tell him that I understood his frustration with the healthcare climate, because I felt it too.

Ultimately, I didn’t say much of anything.  When he was finished, I asked him to let me know his final price, and I’d let him know if I was willing to pay it, and if not, I’d find someone else to do the job.

I wish I would’ve had the courage to say more.  Unfortunately, I felt that the likelihood that he would even be receptive to hearing my position and considering things from the physician standpoint was so little that it probably wasn’t worth the considerable time and angst that would go into painting an accurate picture.

I often think about how the public sees the “end game” of the physician lifestyle, and forgets what went into getting there.  Behind every dollar that a doctor earns are at least 11 years of post-high school education, 80+ hour work weeks, personal sacrifices made by both the physician and their families, and in most cases, large amounts of student debt. I think about how we as a society are accepting of how much money CEOs, celebrities, athletes, lawyers, and hedge fund managers make, but hold it against physicians.  I think about how much misinformation there is out there about the drivers behind increasing health care costs, average physician salaries, and how much control physicians have over things that most patients are frustrated about.

More than anything, I feel disheartened by the disillusionment with physicians.  For most of us, medicine is a true calling.  While our earnings are high, if you factor in the opportunity costs of a medical training, the average amount of physician debt, and the hours worked, there is no question that economically, the doctor dollar isn’t worth as much as the public perceives.  Fortunately, we as physicians also receive the personal fulfillment that comes with patient care and the ability to be a part of our patients’ lives, and it is that privilege that makes it all worthwhile.

I know you’re wondering what happened with the contractor and the job.  A half hour later, he texted me and apologized for being unprofessional.  I told him it was OK, snuck in a quick few lines about how my medical training process was exactly why I valued my dollar so much, and we worked out a compromise.  I don’t hold the interaction against him: He was honest, and said the things that so many think.  It’s up to us as a profession to debunk the myth that our dollars come easily.

Top 5 questions doctors should ask during a job interview 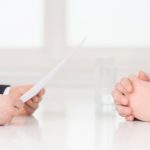 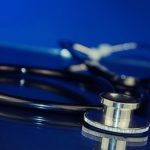