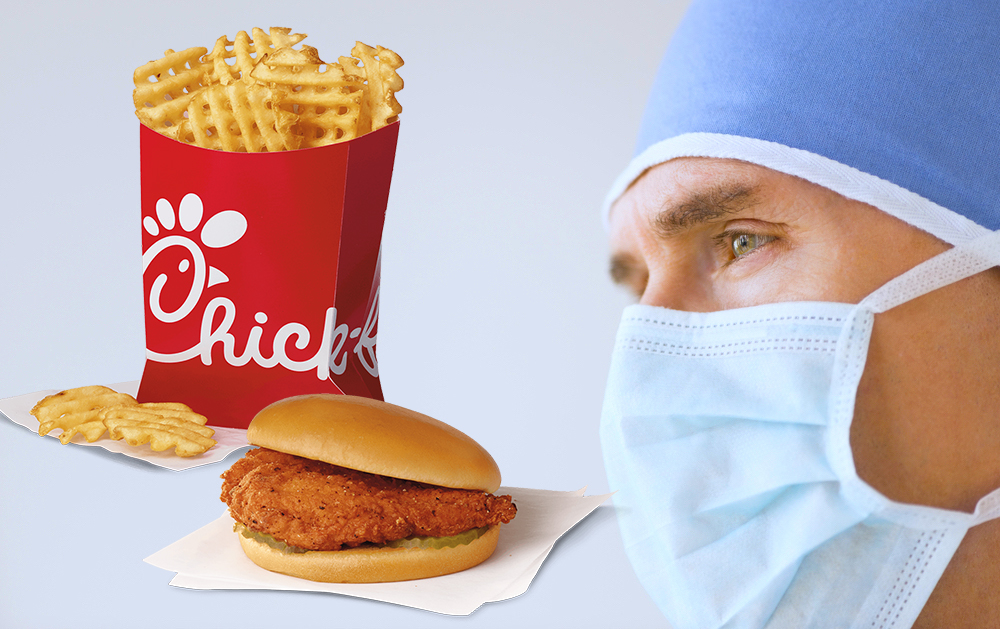 I just got off the phone with Paul, a highly-sought-after plastic surgeon in New York.

“I don’t want to be a doctor anymore,” Paul says. “What else can I do? I have lots of restaurant experience. I’ve worked in 15 restaurants during my life. It’s not easy, but I could do it. I did research on chains and franchises, and I chose Chick-fil-A. Three months ago I applied to be an owner/operator. I got through the first application and got declined the second round of applications. They are extremely picky. Nearly 20,000 apply, and only a few are chosen.”

I’m shocked he was declined.

“It wasn’t a crushing blow,” says Paul. “The Chick-fil-A people were really nice. For whatever reason they rejected me, I don’t hold it against them.” His wife (also a physician) believes he didn’t get the job because he’s a doctor. Is a plastic surgeon overqualified to run a Chick-fil-A?

Apparently, Chick-fil-A handpicks each operator after a lengthy interview process. Then they must go through a rigorous training program for months. Yet Paul survived four years of medical school, five years of general surgery and is board certified. He also did a trauma and critical care fellowship and then two years of plastic surgery residency. He completed 12 years of his training in 2002 and now has 16 years of experience. He should be able to run a Chick-fil-A. Right?

Apparently, they won’t allow an applicant to have a medical practice and a restaurant. You have to be an owner-operator full time (which is what Paul wants to do). Surprisingly, you don’t need any restaurant experience to open a Chick-fil-A. I asked Paul why he plans to leave plastic surgery for fast food.

2. Challenges of a private practice. He’s got headaches of owning his office condominium as well as having to pay ever-increasing fees for DEA license, taxes, staffing, certifications and a constant array of government regulations that are absolutely oppressive. He’s constantly getting nickeled and dimed.

3. Fighting for insurance reimbursement. Insurers pre-approve procedures and then decline payment. Paul’s currently fighting three different claims for bilateral breast reconstructions. They agreed to pay $10,000 ($5,000 per breast) then after they paid him they said they’d only cover $7,500. Insurance company is now demanding he reimburse them $7500 ($2500 per case). “Nobody cares if a plastic surgeon gets paid,” Paul says. “Nobody gives a sh*t.”

4. Medical malpractice threats. Paul is in the middle of his first malpractice case now. Revision of breast reconstruction. Very common. Nothing had gone wrong. Patient is threatening. He’s trying to help. “Even if I legitimately make a mistake,” Paul says, “I’m trying to help you. And you are trying to extract money from me.” Not only would Paul have a big payout, he’d be publicly humiliated. Physicians are seen as lottery tickets. Patients get big settlements in court. Nobody feels sorry for doctors who get sued. “I don’t want to be anyone’s ticket to overnight riches,” Paul says.

5. Declining income. Paul can no longer pay expenses some months. Not drawing much of a salary. Thankfully he’s got a lean practice with low expenses, so he’s scraping by for now.

1. He could have his own business. “I want the joys of owning a business without the hassles of constant medical micromanagement and regulation with fear of lawsuits, expensive regulations, and inability to cover expenses.”

2. His income would go up. Chick-fil-A franchises require a $10,000 initial investment to become an operator. Paul paid more more than $200,000 in student loans to become a plastic surgeon. People will pay cash for their own chicken breast sandwich. No revisions. No reimbursement woes. And he won’t have to worry about customers coming back demanding refunds months later.

3. He could really be the boss. “Doctors are not the boss (even in private practice),” Paul laments.

4. Easier to take vacation. He could put a manager in charge and won’t have to rush in when someone is sick. More than once he’s tried to be on vacation and had to rush home for a post-op infection or had to call meds into a pharmacy while away.

Good news! Chik-fil-As are closed for business on Sundays and well as Thanksgiving and Christmas. So Paul would actually be able to enjoy holidays and free time to himself like most non-physicians do on weekends.

5. Life would be less stressful. Having worked in restaurants his entire life, Paul knows it’s very stressful. “But nobody is going to come sue you and drag you into court. You are not worried about someone dying and listening to a jury tell you what a horrible person you are.”

Paul is looking for a low-risk exit strategy. So he chose something he knew: the restaurant business. (I admit I’ve had escape-medicine-to-fast-food fantasies myself) .Was Paul acting from a place of courage? Not really. He was acting from a place of fear—trying to mitigate and control risk, so he completed the application honestly.

When physicians answer applications honestly in regard to exit strategies (whether leaving medicine or leaving the planet due to depression), it’s probably not going to go so well. And it didn’t go so well for Paul because even Chick-fil-A does not want someone who is torn between two worlds, who is operating with one foot in the medical field and one foot in the food industry.

So he was turned down.

My advice to Paul would be decide how much risk you are willing to take. Is it risky to leave medicine? Of course. Yet you are taking a risk every time you go into a surgical theater for a breast reconstruction. You are taking a risk every time you treat an entitled patient. Every time you talk to a patient you risk being sued. You are nervous, tense. You were hoping to jump from the risks you know that are untenable and take a risk with Chik-fil-A that you felt was less risky.

It doesn’t work that way. If you really, really want out of medicine, then leave. Apply to your franchise of choice, complete the application as someone who is 100% dedicated to a new career, and you increase your chances of becoming a successful franchise owner.

Most physicians make fear-based decisions. Yet successful decisions are based on true desire. Pursue your dream. Don’t run away from your nightmare. If your dream is to practice medicine here’s my best advice: hang out with doctors who are loving their lives. Learn from them. Model what works. 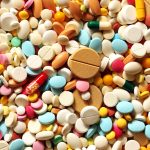 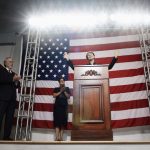