In my travels up and down the East Coast, I have been fortunate enough to work with some fantastic nurses. From what I hear, there was much more of an authoritarian relationship between doctors and nurses a few decades ago — preceding the time I entered the medical profession. This has now morphed into much more of a collegial teamwork approach, as we battle to get our patients better at the frontlines of medicine. And that’s a good thing. I think it’s extremely sad whenever any doctor doesn’t fully appreciate the superb grueling work that nurses do each and every day, or treats them with any disrespect. Sadly these days, however, it’s actually not the doctors, but hospital administrations in many places that do not value their nurses anywhere near as much as they should. Those that treat their nurses well, appear to be in the minority.

Anyone who has worked in health care for any length of time, has seen situations erupt where nurses and administrations clash. I have seen this happen myself in many health care institutions, and almost every doctor I’ve talked to across the country is also familiar with the scenarios. It could be about pay and conditions, patient load, or other work expectations. A glance at the news will reveal countrywide disputes, strike action, and concern over low morale. Such a shame and a waste. There are hospitals out there where nurses have practically been pleading for an extra frontline nurse or an additional aide to lessen their workload — just one extra member of staff who would make an enormous difference to their day and to patient care. We all understand that the financial squeeze is on everywhere in health care. Yet these are frequently the same organizations where executives are walking away with multi-million dollar pay packages. Would it really be impossible to hire that extra floor nurse?

Nurses already do so much more than they should ever have to. They frequently deal with aggressive, abusive patients and their families. They physically restrain. They lift people up who are twice their own weight. They calmly handle and see things that would make most of the population vomit. On top of that, nurses are usually the kindest and most caring people you could ever meet — and miraculously remain that way during the worst parts of their job. Angels may sound a bit too biblical a word, but remember before the foundations of modern nursing were laid by Florence Nightingale in the 19th century, nursing care was often provided by people who practiced organized religious activities, including nuns and monks — which is a profound thing to reflect on (the fact that nursing was equated with religion and good work).

And then there’s all the modern-day administrative duties too. Much noise has been made by the physician community about the poor and suboptimal clunky electronic medical records we have to work with. Let’s not forget that it’s actually nurses who were told to work with these systems first, after Meaningful Use federal policies were implemented. Glance down any modern-day hospital floor now, and you will see nurses — who are the very heart of direct patient care — spending the vast majority of their time clicking and typing away, fulfilling overwhelming tick box criteria and protocols that are often redundant and take them away from their patients. Whenever a new directive is dreamed up or enforced by a health care institution, it’s the nurses who will be the frontline workers who are immediately on the receiving end, and have to completely change their workflow to accommodate it. Truth be told too, they have less collective power to give pushback than the physicians do.

Here’s what we need for the nursing profession:

1. Workload. It goes without saying that in no other profession does the workload need to be controlled and restricted more than with nurses and their patients (much more so than with doctors). Nurses cannot be expected to be competently taking care of excessive numbers of patients. These safe patient care ratios need to be agreed between nursing leadership/unions and administrators, and then strictly implemented.

2. Job duties. Nurses must be supported by the other professions around them and not be expected to do anything beyond the scope of their job. Examples include restraining, transporting, and even walking or feeding patients when there’s lots of other clinical work that needs to be done. Care assistants, transporters, sitters, physical therapists and hospital security — they must be present in adequate numbers to do what they need to do and free up nurses.

3. Pay. How much nurses should be compensated has been an issue for a long time and is frequently debated in the media when nurse unions may threaten to strike. It’s a terrific shame that nurses should ever feel the need to strike, but at the same time, they should be valued appropriately for the difficult job they do. Paying an hourly rate which is lower than other jobs which require only a high school education, or offering pay rises of only a few cents an hour — when nurses have debt to pay off and a family to support — is insulting to a profession that holds high importance to society, and is not an acceptable situation.

If it was up to me, after being in practice for over a decade and seeing close hand what nurses have to deal with every day — I would pay nurses three times what they get! There’s a reason why public opinion polls consistently rank nurses as the most respected profession. Interestingly, physicians frequently come up second on the list. To be honest, if there was any group of people that I’m totally okay with doctors coming second to, it would be nurses. Out of all the careers that should be well rewarded and put on a pedestal — few can be more deserving than our amazing and dedicated nurses. 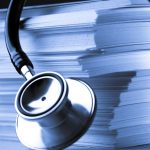 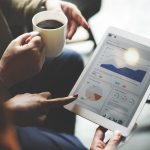