Most experienced pediatric intensivists, myself included, have encountered situations in which we, the doctors, believe continuing to support a child is unethical because it is not saving the life but prolonging the dying; whereas the child’s parents believe the opposite — that it is unethical to withdraw life support because all life is sacred, no matter the circumstances. Sometimes these situations arise because poor communication causes families to distrust the doctors. But sometimes both sides understand each other clearly, but still disagree profoundly about the proper thing to do. What happens then?

Doctors often make the argument that we should not prolong suffering, and most people agree with that in my experience. Establishing if a patient is actually in pain can be difficult, and we virtually always have the means to relieve pain in these situations. More telling to me is the argument that families cannot compel physicians to act unethically, and futile care is unethical. (You can read an excellent piece about the history of this concept.) Yet even then, in theory, the physician can simply withdraw from the case, although from experience I can tell you it is difficult to find another physician to take on cases like this, and abandoning our patient without finding them another physician is clearly unethical (and illegal). All hospitals, particularly large ones with PICUs, have ethics committees in place to help in these situations. The goal is to bring in people experienced with examining such questions and who have no connection with the particular case. The committee examines all points of view — family, physicians, PICU staff — and gives a recommendation. That recommendation, however, is in most places only advisory, not compulsory. What happens if the family and the child’s physicians still disagree about what to do?

Dr. Robert Truog, a medical ethicist at Harvard, discussed such a case from a decade ago. It is an excellent introduction to the topic. One wrinkle, however, is that in Texas the 1999 Advanced Directives Act allows a hospital to act against a family’s wishes and withdraw futile care if the hospital ethics committee rules against them. I don’t know of any other state that allows this. The hospital must give ten days notice and attempt to transfer the patient to another provider. The law has not been without controversy. Dr. Truog provides a careful analysis of this particular case, which was a child named Emilio Gonzales with Leigh’s disease, a progressive neurological disorder that typically leads to death by two years of age. He makes a valid argument that the child in question was not suffering unduly. He also argues that continuing to provide life support as the child’s mother wanted, although costly, should not be a consideration because the number of such cases across America is small and thus the contribution of their care to the total national healthcare costs is trivial. He also points out that hospital ethics committees are inevitably weighted toward physicians and other healthcare professionals who are far more likely than not to agree with the treating physicians in the PICU. In the end, he decides the Texas statute is not a good thing and should not be generalized nationally.

Rather than jeopardize the respect we hold for diversity and minority viewpoints, I believe that in cases like that of Emilio Gonzales, we should seek to enhance our capacity to tolerate the choices of others, even when we believe they are wrong.

I have been involved in several cases like the one Dr. Truog describes. Thankfully, in all but one, the family and the doctors were ultimately able to reach an understanding both sides accepted. In the one case in which we could not agree, nature ultimately decided things for us, as she often does. That is what also happened with Emilio Gonzales, who died before the conflicts were resolved. For myself, I agree with Dr. Truog. We should do our best to explain and understand, not once but continually, and ultimately agreements will be reached in virtually all cases.

Cases such as this are extremely rare, but they remind me that the pediatric intensive care unit is a place where, if we pay attention, we can learn a great deal both about life and about ourselves.

Should you pay off medical school debt or invest in the stock market? 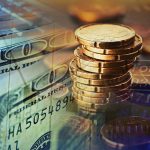 An eye-opening rotation at the Indian Health Service 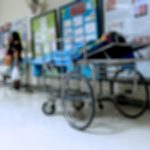