When you tell anyone in health care that “sedation” to the point of coma is given in dentists’ and oral surgeons’ offices every day, without a separate anesthesia professional present to give the medications and monitor the patient, the response often is disbelief.

“But they can’t do that,” I’ve been told more than once.

Yes, they can. Physicians are not allowed to do a procedure and provide sedation or general anesthesia at the same time – whether it’s surgery or a GI endoscopy. But dental practice grew up under a completely different regulatory and legal structure, with state dental boards that are separate from medical boards.

In many states, dentists can give oral “conscious” sedation with nitrous oxide after taking a weekend course, aided only by a dental assistant with a high school diploma and no medical or nursing background. Deaths have occurred when they gave repeated doses to the point that patients stopped breathing either during or after their procedures.

Oral surgeons receive a few months of education in anesthesia during the course of their residency training. They are legally able to give moderate sedation, deep sedation or general anesthesia in their offices to patients of any age, without any other qualified anesthesia professional present. This is known as the “single operator-anesthetist” model, which the oral surgeons passionately defend, as it enables them to bill for anesthesia and sedation as well as oral surgery services.

Typically, oral surgeons and dentists alike argue that they are giving only sedation – as opposed to general anesthesia – if there is no breathing tube in place, regardless of whether the patient is drowsy, lightly asleep, or comatose to the point of danger.

The death of Caleb Sears

Against this backdrop of minimal regulation and infrequent office inspections, a healthy six-year-old child named Caleb Sears presented in 2015 for extraction of an embedded tooth. Caleb received a combination of powerful medications – including ketamine, midazolam, propofol, and fentanyl – from his oral surgeon in northern California, and stopped breathing. The oral surgeon failed to ventilate or intubate Caleb, breaking several of his front teeth in the process, and Caleb didn’t survive.

Caleb’s heartbroken family pushed for legislation to add transparency and safety to California dental anesthesia for children. They wanted dentists and oral surgeons to inform parents about exactly who would be giving anesthesia to their children. But their bill was watered down during the legislative process, due to the clout of the dental lobby.

Caleb’s family didn’t give up. The next year, another bill (AB 224) was sponsored by Assemblymember Tony Thurmond to mandate changes in the California Dental Practice Act. The Dental Board held hearings, and to everyone’s surprise, recommended changes too. Specifically, the Board recommended that children under the age of seven years, who need dental procedures under deep sedation or general anesthesia, should have a separate, qualified anesthesia professional in attendance as well as the dentist or oral surgeon performing the procedure.

The California Society of Anesthesiologists (CSA) provided expert opinion in support of AB 224, and we were genuinely hopeful that it would prevail. Once again, we underestimated the tenacity and the financial muscle behind the lobbyists of the California Dental Association and the California Association of Oral and Maxillofacial Surgeons. They argued, incredibly, that no data support the concept that it is safer to have an independent anesthesia professional give anesthesia than to have the same person give anesthesia and perform surgery.

A randomized trial of parachutes?

Wait. How can anyone say that there are no data to support the concept that anesthesia is safer when given by a person who is not also doing surgery?  That is the bedrock foundation of safe anesthesia care today. Even a board-certified anesthesiologist who is doing an invasive pain procedure, for instance, cannot offer sedation without a separate anesthesia professional present to give the medications and monitor the patient.

The reason that dentists and oral surgeons can claim a lack of data is that they haven’t collected data. There is no national or state database of complications, near misses, adverse events, or deaths during dental and oral surgery procedures. No one seems willing to fund the establishment of a database, and event reporting depends entirely on the honesty of individual practitioners.

“What about randomized prospective trials? These aren’t likely to happen. What patient or parent would voluntarily agree to anesthesia without a qualified anesthesia professional as opposed to with one? You might as well try to enroll subjects in a prospective trial to see whether jumping out of an airplane is safer with a parachute.

Yet the “no data” argument convinced several California legislators. AB 224 did not succeed in passage during California’s 2017 legislative session, and became a two-year bill to be revisited in the upcoming legislative session. CSA will continue to write, speak, and do everything else we can do in support.

I wish I could say definitively that AB 224 will pass and will solve the problem for good, at least in California. However, even if it succeeds without any further watering down, or active sabotage, there are other factors to worry about.

Children under the age of seven aren’t the only ones who die, or suffer hypoxic brain damage, in dentists’ and oral surgeons’ offices. Just this month, a Minnesota family settled a case for $2 million over the 2015 death of their lovely, 15-year-old daughter, Sydney Galleger. Sydney went to an oral surgeon’s office to have her wisdom teeth removed, and died of hypoxic injury following bradycardia and cardiac arrest. In Florida, 17-year-old Christopher Power died last year after he received meperidine and midazolam for wisdom tooth extraction from a dentist with “sedation training.”

Tragic events can occur in the recovery period as well as during the procedure. Few dental offices are equipped with qualified PACU nurses, or set rigorous recovery and discharge criteria. I’ve reviewed a case of wisdom tooth extraction where a teenager was monitored after general anesthesia – unbelievably – for only seven minutes, before being packed into the back seat of his mother’s car. He promptly turned blue, but his mother managed to get him to a nearby emergency room in time to be resuscitated.

No matter how tightly anyone tries to craft a law, the dentists and oral surgeons will work to figure out a way around it. The latest gambit is their definition of “deep sedation with local anesthesia” as a type of anesthesia unique to oral surgery that shouldn’t require a separate anesthesia professional to be there.

The oral surgery team model, I would remind you, allows a dental assistant with no medical training to monitor the patient’s vital signs and keep the dentist informed as to whether the patient is alive and breathing – or not.

The failure to identify a developing crisis, and the failure to provide competent, timely resuscitation, are the ultimate causes of brain damage and death caused by lack of oxygen during dental procedures.

If state dental boards persist in allowing their practitioners – whether dentists or oral surgeons – to give medications as potentially lethal as fentanyl while they perform procedures, and the practitioners don’t understand or won’t acknowledge the risks, it’s hard to see a way forward to a legislative solution.

As long as dentists and oral surgeons – as distinct from every other surgeon – can legally bill for giving moderate sedation, deep sedation, or general anesthesia while doing procedures, then they’ll move heaven and earth to maintain that revenue stream.

Our best bet is to keep up a relentless public campaign for safe dental anesthesia.

As CSA President, I’ve appeared on NBC television, in an excellent segment called “Children at Risk? Kids and Sedation at the Dentist’s Office.” I’ve been quoted in an award-winning article in Today.com, “9 questions to ask your dentist before your kids go under sedation.” NBC also taped an online segment, “What Happens When a Child Stops Breathing?”, about exactly what can go wrong during a pediatric dental procedure when a child isn’t getting enough oxygen and no one notices it in time.

Rita Agarwal, MD, FAAP, who chairs CSA’s Committee on Professional and Public Communication, has co-authored an excellent piece for parents on the American Academic of Pediatrics’ website, healthychildren.org, about the risks and benefits of anesthesia and sedation for dental work in children.

Recently, another excellent publication in the November 2017 issue of Pediatrics reviewed a death after moderate sedation in a dental office. The pediatric dentists, who wrote commentary on behalf of the American Academy of Pediatric Dentistry, recommended “less invasive, less risky procedures” on baby teeth, including silver diamine fluoride, which can be painted on any tooth to arrest active caries. Then the baby tooth eventually falls out, as they pointed out dryly, “a normal developmental process that requires no professional intervention.”

Above all, we must continue the push to educate parents. Over and over, we’ve heard the refrain:

I didn’t know there wouldn’t be an anesthesiologist.

I had no idea it could happen.

I thought they knew what they were doing.

When parents know, they can demand that a procedure be done under safe circumstances, in the right location, with appropriate personnel and monitoring. It’s our job to continue the work of making sure every parent knows. Safe anesthesiology care is the right of every child, every patient, every time.

The physician's relationship with the beeper 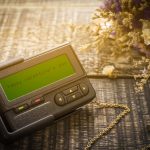