When is the right time to have a baby? This question plagues professional women across industries. It takes on more significant importance for women training as physicians. Medical training is long and coincides with a woman’s late 20s, often stretching into her 30s. Waiting to have children until completing training is not always biologically feasible.

Medical schools and residency training programs still lag behind in developing formal parental leave policies. Outside of hospital-based practices, unpaid maternity leaves are commonplace. Add to this resentful colleagues left to “pick up the slack” and low pay during training, and the “right time” to have a baby can seem to be never.

When I began medical school, I was almost 28-years-old and newly married to a man 12 years my senior. Neither I nor my husband wanted to wait until I had finished medical school, residency, and fellowship, when we would be 36 and 48 respectively, to start a family.

Rather than perseverate over the “right time,” we focused on finding “better times.” I had four children over eight-and-a-half years: one during medical school, one during residency, one during fellowship and one 18 months after joining private practice.

I faced different challenges at different stages of training. In medical school, I worried that I missed out on educational experiences because I was perceived to be uninterested. As a resident, the lack of control over my time meant I missed many firsts, including my eldest’s first day of nursery school. As a fellow, I worried that the time I missed for doctors’ appointments and maternity leave unfairly burdened my co-fellows. As an attending, I worried that ten weeks of maternity leave set me back nine months in building my practice.

The biggest challenge I faced in every pregnancy was negotiating unclear or non-existent maternity leave policies. Each school, hospital, and employer had its own policies (or the case of my small private practice, no policy. I was the first employed physician to give birth). In each case at least some of my leave was unpaid. In medical school, residency and fellowship my leave was a cobbled together mix of vacation, sick days and elective time. My shortest leave was six weeks after baby number two during internal medicine residency. I was lucky! Other residents have far shorter leaves. My longest leave was 11 weeks.

Similarly, ACGME requirements vary. I would not have been board eligible immediately after my residency if I had taken a longer leave during my residency. I chose to space my children 30 to 36 months apart. As a result, I never took two leaves during any step in my training to avoid prolonging my training (I was already six years behind many of my peers).

I largely encountered deans and program directors used to pregnant students and house staff. They supported my requests to adapt my training schedule with good humor. However, other supervising physicians were not always so tolerant. I had my first child seven weeks into my third year of medical school. My leave was created by cannibalizing all my time off from my fourth year and pushing some third-year rotations into my fourth year. I began my first clerkship 30 weeks pregnant. I finished my last required clerkship after I had already Matched into another specialty.

Clerkship directors and attending physicians felt free to comment that I was showing a lack of commitment to their specialty when I arrived 30 weeks pregnant. I was assigned to less interesting cases. My written evaluations all included qualifications: she performed her duties well for a pregnant woman.

Another clerkship director threatened to fail me if I missed my duties in his clerkship to attend Match Day festivities, despite the school administration deciding Match Day was an excused absence and approving of my completing this required clerkship near the end of medical school. He felt allowing students to complete his clerkship so late in medical school was a snub from the administration. He vented his frustrations on me.

Most surprising to me was the resentment that seemed to bubble up among my classmates and co-residents. One co-resident remarked that it was unfair of me to take a spot from a man or an unmarried woman since he assumed I would work part-time after graduation and that men or unmarried women would work full-time. He said it wasted resources to train me.

Like many professional women, I was not truly off during maternity leave. I have prepared for and taken required exams, met with mentors, written research papers and Institutional Review Board applications, and put together a research presentation that was given within days of returning to work. Once back to work, I left in the morning before my children got up and came home after bedtime more times than I can count. I have raced home from 30-hour shifts to pick my children up from nursery school. I have missed dance recitals, recorder concerts, and Christmas pageants.

Looking at my brood — now 10, 7, 4 and the youngest at 21 months — the struggle of having children during medical training has faded. The medical student scrubbed on a kidney transplant 12 hours before going into labor, the pregnant resident sleeping on a spare stretcher, the pregnant fellow racing through the hospital to see 12 new diabetes consults in one day all seem like someone else. That physician in training has grown and solidified into a caring endocrinologist and loving, confident mother.

Everyone faces challenges becoming a parent. There is no “right” time, only better times. In hindsight, I wouldn’t do anything differently. I have a profession I love and a family I adore. My children don’t remember the most strenuous days of my training and being a mother has made me a better physician. I hope my children see me as the strong, empathic, dedicated physician they helped me to become and who works hard to give them a full and joyful home.

Gillian Mueller Goddard is an endocrinologist.

To survive in medicine, compartmentalize your patients 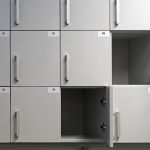 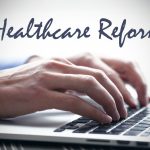 Is there ever a right time for a doctor to have a baby?
1 comments