Let’s talk about the cycle of abuse. No, I am not referring to the very serious issue of domestic violence. Instead, I am talking about the graduate medical education system. No one is a resident forever: the duration of each residency is predetermined with a wide range of three to nine years. The self-limited nature of this experience decreases the incentive for participants to advocate for changes. And the attitude of the more senior medical practitioners of “I suffered through it in my day, so now it’s your turn” prevails. Residents are expected to swallow the abuses with the assurance that they will be able to inflict the same difficulties on their trainees once they assume positions of higher power.

But what if we took a step back, and decided that this was the generation of trainees that would end the cycle? What would it mean for the doctors and patients of generations to come? There are three changes we can make now that will result in major improvements to the healthcare system, including better, happier physicians.

First, we need to end this back-and-forth with residency duty hours. Since Libby Zion in 1984, the public has made their preference clear: they do not want sleep deprived trainees serving as primary caregivers. And there is evidence to back up their stance: study after study has demonstrated poorer cognitive function among physicians after sleep deprivation. In one example, Effects of Acute Sleep Deprivation Resulting from Night Shift Work on Young Doctors, a sleep-deprived group (which had a minimum of 12 hours of night work per week) was compared to a group that did not work any night shifts. The sleep-deprived group had poorer concentration, longer response time to simple stimuli and, unsurprisingly, higher daytime sleepiness. Do all sleep-deprived residents make errors that cause serious morbidity or mortality as a result of their fatigue? Absolutely not. But why accept the risk? In the current world we inhabit, truck drivers are mandated to have shorter shifts and more rest between shifts than residents. We will not stand for sleepy truck drivers, but sleepy doctors-in-training are OK?

Admittedly, there are certain specialties or subspecialties where such duty hour restrictions do not reflect the reality of a lifestyle of an attending in that specialty. Certain surgical specialties, particularly neurosurgeons, can have cases that go longer than 16 hours and might be the only subspecialist on-call for weeks at a time. Under such circumstances, it makes sense for trainees to be able to complete longer cases and learn to work when fatigued. Yes, you would rather a well-rested neurosurgeon than a fatigued neurosurgeon, but I am guessing you would rather a fatigued neurosurgeon over no neurosurgeon at all. Thus, I would allow certain training programs to apply for exemptions for their more experienced trainees. Anyone going into this field would be fully aware of the lifestyle implications. Presumably, there is (and would continue to be) some self-selection of those going into such fields of individuals who are less bothered by sleep deprivation.

Most debates about resident duty hour restrictions assume that by restricting duty hours, residents will necessarily see fewer patients and get less training. Accordingly, newly graduated residents would be less competent than their predecessors who put in more hours during their training. I will not deny this argument. But there is a way around it: a switch for residencies to a competency-based education system.

Currently, the requirements to complete a residency are set by the ACGME or medical specialty and consist of a certain number of weeks or months spent rotating through specific fields, such as inpatient, outpatient, ICU, etc. In some specialties, such as emergency medicine and certain surgical areas, programs elect to extend these requirements over a longer period (three versus four years for emergency medicine, for example). In contrast, under a competency-based system, those who have mastered the required skills become eligible for graduation, and those who need more practice continue as residents. A change to a competency-based system across residencies would make training standards more universal.

This is more than just a theoretical proposal. Some pediatric programs are piloting a competency-based medical education, which includes medical school and residency. The project, Education in Pediatrics Across the Continuum (EPAC), is still in its infancy, but it would allow residents to proceed at a pace that works best for their educational needs. It would also mean that residency programs would have to be more flexible about duration of residency and when residents might be promoted from junior to more senior. I hope that this study will set a precedent for competency-based medical education in pediatrics, and other specialties can follow suit.

Hospitals rely on having a certain number of residents to take care of their patients. Thus, having a competency-based medical education system with different residents taking different amounts of time to complete their training would certainly complicate house-staff coverage in hospitals. But chances are that even with the competency-based system, the average duration of residency would not change (those who take longer to complete residency would balance out those who complete the requirements in a shorter amount of time). And even if the average resident takes less time to achieve their competencies than expected, there is another solution: more residents. Today, we have the same number of Medicare-funded residency positions as we did twenty years ago. In 1997, Congress capped the number of physicians it would fund, and although various bills have been introduced to increase this cap, none have been passed. This is despite the impending physician shortage, which has been predicted to reach 100,000 or more by the year 2030. We need more doctors, and because it can take a decade or more for someone to complete medical school and residency, Congress must act now to increase the residency training spots.

By increasing the number of residents in training at any given time, we can limit duty hours and move to a competency-based education without any adverse effects on training quality or patient care. We can wait for more patients to be harmed, more residents to struggle with burnout and a worsening physician shortage. Or we can act. 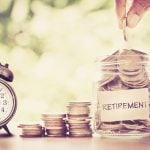 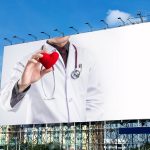