October is the epitome of academic conference season. Returning home, suitcase laden, and a belt-hole wider from lost promises of exercise, and plans to “watch what I eat” while on the road, I am ready to get back into my routine. All the same, I come back refreshed by a new flavor to the mundane routine of conference experiences past. At the three conferences that I attended this fall, women and their role in leadership, were at the forefront of the discussion.

Considering women as leaders led me to think of women as sponsors. Forbes differentiates sponsorship from mentorship as: “(those) who will advocate for you in the workplace when you need to be more visible … playing a slightly different role, a mentor is a source of guidance and advice …” A sponsor has the potential to leap one forward in their career given the status, connections and reach of this individual, whereas a mentor may provide more of an intimate role in one’s successes, taking part in the day-to-day activities of the mentee in order to ensure their success. Rena Seltzer discusses this in her book, The Coach’s Guide for Women Professors, also, where she highlights challenges for women in academics obtaining adequate sponsorship. She posits scarce sponsorship for women as one of the contributing factors to hampered efforts for promotion.

In my quest for some guidance on this topic, I decided to do a Google search on the role of women as sponsors. The first page instead presented links with titles on why men need to mentor women, on tips for how to get a male sponsor for women, and on how male sponsors are essentially the key to success for women. And so did the second page. And so did the third.

While I appreciate that there is a persistent reality where women are disproportionately underrepresented in positions of power, I would argue that the role of “learner as teacher” is also important. Why aren’t women as mentors and sponsors at the forefront of the public conversation? Is the idea of a diverse number of sponsors being presented and being advised in a conscious and systematic fashion to both men and women alike? With this said, what are the potential implications for growth, appreciation for women in leadership and contributions to advancement that could occur if these were priorities? Is it outside of our psyche that men could actually seek women as mentors, or even sponsors, and to take that further, that they should seek them preferentially? Seeing a woman sponsor as something to be sought after could only help, in my opinion.

In moving forward with the idea of equity in the workplace, as women are advised on leadership roles and advancement in their respective careers, I also believe that we should be instructing them on becoming mentors and sponsors. As we are discussing with trainees in our various settings on the importance of seeking mentorship, the particular incorporation of women in this role should be highlighted. And as we push for sponsorship, the role of women as sponsors should be prioritized. We already know that a diverse team could only improve our outcomes. Renowned writer and poet, Maya Angelou, said “When you learn, teach. When you get, give.” I would wager more women than we think are willing and well-positioned to do so.

Christine Ngaruiya is an emergency physician who blogs at FemInEm. She is a former public voices fellow, Op-Ed Project, and can be reached on Twitter @c_ngaruiya.

Why your child should get the HPV vaccine 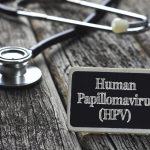 Why do doctors who hate being doctors still practice? 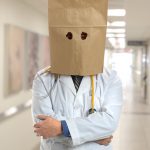