The practice of medicine is a lot like the practice of parenting. It is full of highs and lows, moments of pure joy and those of devastating heartache.

When I talk to my friends who are parents, they agree with me. Some of the most difficult times as a parent is watching your kids fail. When your child is hurting, it hurts far worse than if you had experienced it first hand. When your kids are rejected, or disappoint others, or they experience loss, it feels like you are experiencing it tenfold.

It is our tendency as parents to want to guard and protect our kids from failure.

It is so important, however, that we do not.

There are a ton of important life lessons available in team sports; however, it is how one chooses to react to them that determine their worth.

One of the most gut-wrenching experiences happened last year with my oldest son. It may not seem that harsh, considering he has had many experiences in life of losing games, missing shots, and sitting on the bench. The combination of being a teen and a new team may have had something to do with it, but I wanted to write about it, because looking back, it proved to be a very important lesson for my son. While at the time I wanted to rush and fix it, I am so glad it happened.

My oldest son is a very mature and introverted kid. He isn’t a flashy kid on the field; he’s pretty even keel, and rarely gets emotional on the court. He is level-headed and tends to let questionable calls, losses, and wins roll off him faster than his parents.

Maybe that is why this was so hard.

Last basketball season, for his school team, my 14-year-old son was fouled with one second left in his basketball game. His team was down by one point. He went to the line and missed both of his free throws.

They lost the game.

He was crushed. He let his entire team down.

Neither my husband nor myself could be at the game, which was out of town. I was working, and my husband was with our second oldest son at a practice. So, my oldest had to ride the school bus to and from the game.

As I stated before, he’s my most resilient kid. He is confident, realistic, easy-going and smart. But he was leveled by this loss and by his failure in that moment.

When my phone rang, I was in the operating room. He rarely calls me, and I was worried something was wrong.

I answered and heard these words: “Mom, I have to ride home with the whole team on the bus. And I let them down. Mom, I don’t want to get on the bus. I am so embarrassed. Can you come and get me?” He wanted to cover his face and hide.

He felt so horrible. I could tell my strong and resilient son wanted an escape from his failure. He did not want to get on the bus.

I stood in the operating room on my phone, swallowed hard and fought back tears. I wanted to say, “Yes! Of course, I can come and get you! I will do anything for you; I’m your mother!”

But that is not what I said.

Let me tell you all what I told him. Let me tell you what I repeated to him over and over, in the next several months, when I could tell he was thinking about it.

You were created perfectly by an everlasting God. His love for you can’t be measured and can’t be recreated by me or anyone else who loves you on earth. Nothing you do will every change that. Your worth doesn’t come from winning or losing. Your worth comes from God. Failure isn’t missing the shot. Failure is never going to the line. Don’t look back. Look forward: That’s what leaders do. You are a leader.

Now get on the bus. Your team needs you.

The triangle of blame for the opioid epidemic 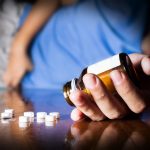 The challenges and rewards of being an introvert in medicine 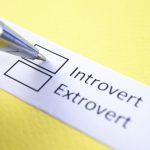