I hear many comments and genuine inquiries about being a physician in a prison.  They’re all well-meaning yet hint at how little is known about this world on the “inside” and those who inhabit it.

I take my time answering questions about the complexities of practicing behind bars, yet also highlight that despite the challenges, it’s difficult to see myself working anywhere else.

The “why” is tough to answer. I’m not a martyr. I get paid handsomely for my work. Sure, there are logistics particular to a physician that corrections has removed from our burden (dealing with health insurers being a significant one), and I guess the patients always show up. (As we know in psychiatry this is a particular source of anxiety: What happens to the patient after they leave your office or you discharge them from the hospital. That riddle is gone.) But there is more to it.

Perhaps the answer to the “why” is encompassed in one of my favorite questions: What is it like to work with inmates — from convicted murders serving triple life sentences to those who are so severely mentally ill that their crimes albeit minor, have become multiple, and this is now their safety net. We are their anchor. (Twenty percent of the U.S.’s incarcerated population are the severely mentally ill. We have not one, but two licensed inpatient psychiatric hospitals on our prison grounds. Fodder for another post.)

What I can say is that inmates are not unidimensional. There are many individual stories leading to one place.  The common thread I see may be surprising. No, not an evil nature. Not a “bad” gene. What I see is resilience. The most impressive examples of it.  Survival again and again. And again. How many times can you pick yourself up and start over?  I bet fewer times than many of the men and women behind bars do.

In fact, how many of us would be able to go fight the deadly and devastating brush fires that rage across California six months out of the year? A surprising and little-known fact: In California, 4,300 state inmates serve alongside CalFire as firefighters.  They include about 200 female inmates from my institution, one of whom perished fighting the Malibu fires in 2016.

And in this day and age of conspicuous consumption from toddlerhood (my kids have more clothes than their parents and certainly more toys than I ever did), I find inmates to be the most resourceful among us.  I once saw a geriatric patient, who has spent more than half of her life in prison, and noticed that her shirt and pants were different than the ones issued and allowed.  Out of concern for her, I pointed this out, that she may receive an infraction. To myself, I noted to conduct a screening dementia exam. “Oh honey, you must be new. This was the uniform in 1972.  I take very good care of my things. I don’t like those new jeans. New isn’t always better.”

In short, I’ve learned more from them than vice versa. If there is a hero, it’s not the physicians, nurses or therapists who work with them.  We don’t face the brush fires, risking our lives to save people’s homes. They do.

There shouldn't be a debate about funding CHIP 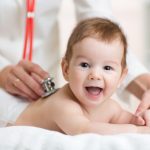 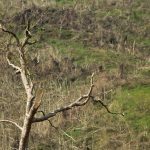 What it’s like to practice medicine behind bars
2 comments