“In Puerto Rico, we call those plants morir vivir,” said a patient who sat by the side of the road while we checked her blood sugar. When I reached to touch the small fern, it swiftly closed its leaves shut, and then after a few minutes cautiously reopened. As a young doctor I was fascinated with the poetry of the name. “It’s just like us Puerto Ricans,” she smiled.

For two weeks, I travelled with 300 AFL-CIO members to Puerto Rico as part of a multidisciplinary disaster relief effort, invited by the mayor of San Juan, that brought plumbers, electricians, roofers, truck drivers, nurses and doctors. We each individually hoped to contribute our expertise to jumpstart recovery. We had all heard in the news about the devastation that hurricane Maria had brought upon the island of Puerto Rico, but none of us were truly prepared for the magnitude of the task.

At the time of our arrival, three weeks after Maria, only 5 percent of the island had electricity and about 30 percent had running water. The landscape was full of broken trees and roofless homes. As a physician, I spent the first few days draining skin infections and treating eye infections because people were not able wash their hands after the sewer water flooded their neighborhoods. While I filled countless prescriptions in an attempt to fill the void left by closed local clinics, the first thing they asked me for was not blood pressure medication; they were hungry, they were thirsty. I came with optimism, a stethoscope and a prescription pad, but it seemed the thing we needed most to be able to care for people was food and water.

We reoriented our mission to develop handouts teaching people how to sterilize their water with bleach and properly boil water. We restocked our van with canned foods, bleach and water instead of medical supplies. lf the situation continues with so many without running water and electricity, a public health crisis is inevitable. We were not doing the job nurses and doctors normally do, but we were doing things that any fellow American and could do in the situation.

My favorite question to ask most patients was where were you during the storm? I heard people recount how they hoisted their grandmother up to the second floor with bedsheets as the water began rising. One man said he held his baby overhead for hours as the flood waters crept above his waist. Each story had a sadness to the trauma, but consistently spoke to an unconquerable fortitude. This island, from the homes, to the vegetation, to the people, to their homes have been traumatized by hurricane Maria. In many ways Puerto Ricans will and have already figured out how to move on.

This was my first disaster relief mission as a physician, and a humbling lesson in how modern medicine and health care can be simplified to canned food and clean water. Puerto Ricans have already proven their resiliency of spirit: morir, vivir. However there is still much work that remains to be done to rebuild the broken infrastructure. There was not a need for doctors so much as there is a need for food, for water, for homes. 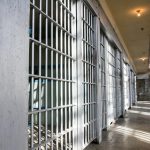 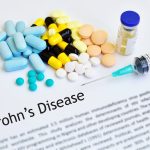 An emergency physician travels to Puerto Rico. Here’s what she saw.
1 comments