A friend of mine recently underwent a total knee replacement. Although he did well and was pain-free, he did say that he felt he was on an assembly line. I asked him what he meant. As he was talking, I flashed back 30 years, back to a time when by today’s standards I would be considered a “good old country orthopedist.”

Thirty years ago, I moved to a small community to join a small two-man orthopedic group. I did total knee replacements (TKR) and was quite proud of the results. I also handled every aspect of the care. A patient either came to our group directly or was referred by a primary who usually tried medication, maybe some exercises or physical therapy. We had an X-ray in our office —the hard copy kind — so after evaluation, I discussed the problem and the options. I was the one who ordered and performed what was needed, whether it be a change in medication, knee injections, braces and after all else failed, the TKR. I had a nurse that picked the OR date and pre-wrote admission orders that I reviewed then added what that particular patient needed.

The next time I saw the patient was the morning of surgery, answering any questions or concerns. I performed the surgery, skin to skin. I was the one that managed the patients post-op needs including pain control, blood thinners to prevent blood clots, dressing changes, and the physical therapy. I was the one the floor nurse called with any issues.We did have a home nurse/outpatient PT protocol that I ordered. I followed the patient in the office to the end of their care.

Contrast this to my friend’s experience. He first went to his GP. And after evaluation, he was sent for an MRI scan that showed “severe arthritis.” The GP then tried several different medications, exercises, and one injection, all of which only marginally helped. After three months, a referral was made to a large orthopedic group that advertised that they were the “knee specialists” and that was all they did.

My friend said that the office was like a five-star hotel, including valet parking. The office was very busy, buzzing with activity. He went through two receptionists, filled out ten pages of paperwork, including confusing questions about his sexual history and whether he felt depressed or “abused” at home. He was then seen by a physician assistant who went over his history and got plain X-rays. The PA was very nice, tried one additional injection and six weeks of physical therapy because “that’s what his insurance required.” Finally, after two months, he saw the surgeon. The surgeon was very nice, spending about 10 minutes explaining the TKR procedure and answering any questions. My friend then saw one nurse practitioner who would manage pain and blood clot prevention medications and another NP who would manage the physical therapy and outpatient needs.

On the morning of surgery, my friend noticed that he was third of six TKRs that this surgeon was doing that day. The surgeon came in, asked if there were any additional questions, then made a mark on the knee that was to be done. My friend was then introduced to a different PA who would be assisting the surgeon. All this was in addition to the anesthesiologist and nurses feverishly working.

After surgery, it was the PA that saw him. He did not see the surgeon until the next day, was told the surgery went well, walked by the physical therapist and was then discharged after having his instructions gone over the PA. As an outpatient, he was contacted by a home care nurse, a physical therapist and a different nurse that managed his pain and his blood clot medication. He returned to the office two weeks later where he saw the first PA he had seen who looked at the wound and asked if there were any concerns or problems. He was seen one more time by the surgeon at six weeks then discharged. All in all, he saw the surgeon four times for a total of about 30 minutes.

Overall, my friend was quite impressed with the almost military style precision of the entire procedure, the only concern being that he felt he was on an assembly line, giving the surgeon a five-star rating. Compared to my “good old country orthopedist” approach I could see what he meant. My final thought was, with all these people involved, it is clear why health care costs are rising. Does it work? Yes. Is it efficient? Certainly. Costly? Most definitely.

Most of the documentation physicians perform don't help patients 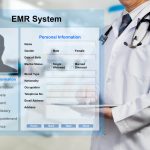 Is assembly line surgery better for the patient?
17 comments