Every now and then, when some people learn what kind of work I do, they say, “You’re doing God’s work. Thank you.”

They mean well, so I accept the compliment, though I also tack on, “I also like what I do. It’s meaningful work for me.”

So many of the people I see, whether in my current job or in my past jobs working in other underserved communities, have a lot going on that psychiatry and medicine cannot formally address. One example is housing. It is often an effective intervention for the distress of people who don’t have a place to live, though housing is not something physicians can prescribe. However, there are individuals who are eligible for housing, but do not want to move into housing for reasons that do not make sense to most people. For example, in New York, I worked with a man who would spend his days sitting in front of the building where he once worked before he became ill. He talked to himself and burned through multiple packs of cigarettes. He did not recognize how soiled his clothes and skin became with time. At night he disappeared into the subway tunnels and rode the trains. He did not want to move into an apartment until he was able to get his job back, even though he hadn’t worked there in over ten years. With time (nearly two years!) and unrelenting attention, our team was able to persuade him to try living indoors. He eventually accepted the key and moved in.

There are other active conditions that I do not have the skills to treat: Sometimes it’s institutional racism; sometimes it’s multiple generations of poverty. Both prevent people from accessing education, housing, and other resources. Do some of these individuals end up taking psychotropic medications due to the consequences of these systemic conditions? Yes. Do I think they’re always indicated? No.

Most of my jobs have been unconventional: I worked on an Assertive Community Treatment team that often provided intensive psychiatric services in people’s homes. I worked with a homeless outreach team and did most of my clinical work in alleys, under bridges, and in public parks. I worked in a geriatric adult home and saw people either in my office, which was literally the storage room for the recreational therapist’s stuff, or in their apartments if they were uncomfortable seeing me in the storage room. I was recruited to create and lead the programming for a new crisis center whose goal was to divert people from jails and emergency departments.

And now I work in a jail.

As time progresses, it has become clear to me that I have not had the typical career for a psychiatrist. I like that. However, I often also feel out of touch with my colleagues. I believe that they are all trying their best, but they don’t have the time to see how systems end up failing the most vulnerable and ill in our communities. They work in the ivory towers of academia and don’t seem to realize the dearth of resources — financial, administrative, academic — in the community. They work in private practice and don’t seem to realize how ill some people are and how we need their expertise. They work in psychiatric hospitals and seem to believe that some of these individuals will never get better when, in fact, they do.

Because much of my work has been outside of the traditional system, I consider myself fortunate that I have been able to escape the box of simply prescribing medications. Many of the individuals under my care do not want to take medications. Their desire to not take medications, though, doesn’t stop us from working with them. We meet them where they are at and remember that they are, first, people. As we are in the profession of helping people shift their thoughts, emotions, and behaviors, we believe that there will come a time — maybe soon, but maybe not for weeks, months, or years — that something will change. Just getting someone to talk to us becomes the essential task. This is true whether someone is in a jail cell, living in a cardboard box under a bridge, or residing in a studio apartment.

Should systems pay psychiatrists to do this work? Maybe it’s not “cost-effective” because of its “low return on investment.” After all, this task of “building rapport” means psychiatrists aren’t working “at the top of their licenses.” If a psychiatrist is able to get people to talk to her and help them shift their behaviors, whether or not that involves medications, does that have value?

Do the psychiatrist’s efforts have value if it helps the “system” save money?

Is there value if it reduces the suffering of these individuals who have had to deal with police officers, jails, and living on the streets due to a psychiatric condition?

Perhaps my idealism blinds me. One of my early mentors in New York City often said, “I want the guy who lives under the Manhattan Bridge to have a psychiatrist who is as good as, if not better than, the psychiatrist who has a private practice on Fifth Avenue.” I couldn’t agree more.

Emergency medicine can be exhausting. Here's what this doctor does to unwind. 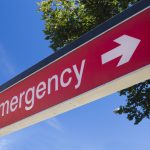 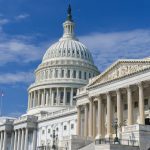