I want to talk about the word everyone seems to use: drama.  This word is used in many facets, to describe conflict, negative interactions with others, disagreements, or obstruction to a new idea.

No one likes drama. Yet some people seem to instigate it, and others seem to have to deal with it on a rotating basis.

We all wish we could ignore it, avoid it, and leave it for people who have time and energy for it.

Unfortunately, that is not reality.

We all want to think the best leaders avoid drama. In our minds, we think they make perfect decisions that leave everyone happy, energetic and enthusiastic.

Are you laughing yet?

If you disagree, just think of parenthood. You can be the best parent in the world, but your kids will object and argue with you more than office mates or work colleagues will.

The truth is, you can be an amazing leader, but if you are leading even one person, you will face drama.

If you don’t want critics, don’t be a leader.

It doesn’t matter if you are a leader of 5 people or 5.000, you will face drama. Speaking from my own experience, it is actually the times of drama, disagreements, and disputes that have allowed me to grow that most as a leader. While I don’t wish drama on anyone, the minute you emerge as a leader, you will face it.

I heard someone say this about leadership: You can be liked, or you can be respected. It is very rare to be both.

I think this is very true. I know a lot of leaders I truly like. I also know ones I respect; I know very few that I both respect and like. But those who rise above the drama, those who deal with conflict and find resolutions, those who live authentically no matter how much obstruction is thrown their way, those are leaders I like and respect.

I recently held a women’s leadership conference that ended up being a phenomenal event. If you had told me a year and half ago when I started planning the conference that I would face the obstruction I did, I would have laughed at you. The outcome of the event far exceeded any drama I had to face, and I learned some valuable lessons about leading during the process.

Mostly this: I learned that I can be liked, I can be respected, but rarely will I be both.

When you live as your authentic self, and you are #braveenough to pursue what you think is your most important work, you will face drama.

It is how you come out of it that defines you. Not the fact you find yourself in it.

Rise up. Stand strong. The drama, like everything else, will pass.

Why are you seeing the gastroenterologist? 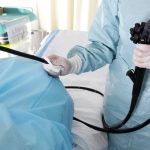 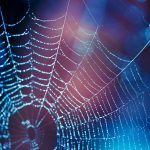 As a leader, you can be liked or respected. But rarely both.
3 comments