A couple of weeks ago I visited Canada. It was my first visit in a very long time. We were in Ontario, spending most of the time in the Toronto area, and also getting to visit the majestic Niagara Falls for the day. I’ve heard so much over the years about the differences between neighbors USA and Canada, and in even just a few days there, agreed that there are many significant ways in which the two countries differ (some ways in which Canada is better, worse, and just plain different).

Of course, with regards to their health care system, it could not be more different than her southern neighbor. Good timing with my visit, because the week before I left, a physician reader of my blog, who I had previously been corresponding with, emailed me to share his experiences after doing a stint working in Canada’s health care system. His name is Steve, and he’s a very experienced physician. He answered my questions about working over there. His answers are very interesting and insightful.

1. Tell us a little bit about yourself and your background?

I have five years in the Indian Health Service, 23 years in private practice in Sioux City, one year of locum tenens while my non-compete ticked off, three years community health, and locum tenens since 2014. Married since 1980, three grown children, one grandchild. I like writing, hunting, target archery, and learning new languages.

2. What made you want to try out working in Canada?

I got tired of hearing American doctors blasting the Canadian system, and American liberals championing it, while neither had any idea of what they were talking about. And I wanted to check out a place where I could hunt moose and my hunting buddy could hunt elk at the same time.

3. What’s the first thing that struck you about Canada’s health care system?

How happy the doctors are; they are far from burnout and have a great work-life balance.

4. How do bureaucratic requirements for doctors vary, especially with regards to electronic medical records and data entry, which is a huge cause for physician burnout in America?

Canada has one level of service; the U.S. has 5; so American doctors spend a lot of energy documenting a higher level of service, while Canadian doctors just document what’s medically important. Meaningful use documentation is absent in Canada, and there are no incentives for excess documentation. The doctor faces no prior authorizations.

5. How was the collegiality among your physician colleagues?

This was the best physician group morale I’ve ever seen. Everyone valued everyone’s input. I found no backstabbing or backbiting. And the group did well incorporating other locum tenens, residents, and students.

6. Was there any difference you perceived with Canadian versus American patients?

Canadians, in general, are more polite than Americans.

Because there’s only one level of service, a lot of practices have a one problem per visit policy, so very few patients were surprised when I put a limit on the number of complaints.

Canadian patients are used to an under-resourced medical system; no one demanded an MRI because they knew the wait list stretched into 2018.

7. What are three things the USA could learn from Canada’s health care system?

1. Go to a single level of service. 2. Patient flow would go much better if the person who rooms the patient would just room the patient. 3. An EMR system should be for medical documentation; using it for billing and data mining ruin it for patient care.

8. What are three things we do better in the USA compared to Canada?

We don’t have wait lists for joint replacements, MRIs, or tubal ligations. Strangely, we immunize adults better. We provide our Natives Americans with much more accessible health care.

9. Would you work in Canada full-time if you could?

This answer is far from simple. I’m in the last third of my career, and I know the time will come when the social network I’ve been working on for the last 30 years will be more important than my work. Still, the quality of life and the quality of work is better in Canada. But medicine is full of moving targets, and you can’t know if Canadian medicine will undergo the same deterioration that American medicine has since 2010. Nor can you know if the American system will improve.

Having said all that, it would be very easy for me to move to Canada to work full time if the children moved. Which they might, depending on the next election.

10. Do you have any other message or advice for physicians practicing in the USA who want to try practicing abroad?

Go, by all means. You will make the memories of a lifetime. But correspond with physicians who have been there or who work there before you go.

It was insane. It took 22 months, $7,000, hundreds of hours and thousands of emails. I would have given up long before except I didn’t want to ever say I’d withdrawn an application for licensure. In the end, though, it was well worth it.

12. How well are Canadian doctors paid?

On average, a Canadian general practitioner makes about 10 percent more than an American family physician; I don’t know about specialists. Office overhead runs between 15 percent and 30 percent. The cost of living, though, is very high. 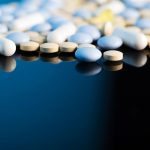 Fixing the American health care system is simple. Here's how to do it. 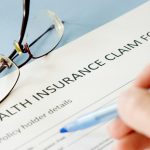