It’s hard to put into words the horror we all feel about the events in Las Vegas. So I won’t try. But what I will try to do is point out an often unspoken reality. Which is that those who work in emergency care constantly face terrible things with courage and skill and keep coming back for more. And everyone needs to remember that all those folks society counts on are truly remarkable.

Imagine, if you will, being the police officer who is called to an accident. They’re usually the first ones there. They roll up and survey the scene to make sure it’s safe. There’s twisted metal, spilled gasoline, possibly a fire. And all too often, there are gravely injured people covered in blood, surrounded by others screaming for help or trying their best to give aid. They call for EMT’s, paramedics and firefighters. They may start CPR. Or, if it’s the scene of a violent crime, they may be busy fighting to save their own lives, or the lives of others, from a violent death.

Next, those medics and firefighters arrive. Their job is to assess and stabilize the injured and get them to the hospital as fast as reasonably possible. They have to keep the scene safe, manage airways, put in IV lines, administer medications, dress bleeding wounds, shock dangerous heart rhythms, splint fractures and gather information. All in the chaos of passing cars, flashing lights, blistering heat, pouring rain, driving snow or dangerous winds. Never mind that they see heart-wrenching scenes of tragedy and loss; broken bodies of adults and children, grieving spouses, frantic parents. Never mind that sometimes they’re in as much danger as the patients when they treat the victims of violence.

Once they arrive at the hospital, it’s nurses and nursing assistants hurrying to move patients onto the ER bed from the EMS stretcher. Trying to get more information as patients scream, trying to replace IVs that fell out, check falling blood pressures, slow rapid pulses, cover open wounds. Hanging blood to replace what has spilled on the floor; the tile slick underneath their shoes.

The nursing staff is busily notifying physicians of second to second changes as the gravely injured improve or deteriorate. Looking into the terrified eyes of patients who ask, “nurse, am I dying?” and trying desperately to be hopeful. “Not if I have anything to do with it!” It’s the nurses who are trying to restrain the frantic, confused patients. And sometimes, all too often, the nurses who are threatened, punched, kicked or stabbed by patients. It’s the nurses dealing with us irritable physicians and our demands. And escorting the families to the bedsides of those who died, or whose injuries and illnesses are unlikely to be survivable.

And there are the physicians, moving between rooms, assessing, deciding, placing lines, ordering X-rays and labs, putting tubes in collapsed lungs, evaluating who needs to go to the OR next; in large disasters, deciding who will have to be ignored, as they will not, cannot, survive. Physicians balancing the seriously sick and injured against the not sick at all who come with a rash, a fresh tick-bite, an ankle sprain; all “customers” in the modern hospital paradigm. Customers who need to be seen as quickly as possible, and who are sometimes unsympathetic to the tragedies unfolding around the next hall.

It’s dramatic, and it’s glorious in its own way. But all of those wonderful, dedicated people eventually struggle. The pain gets inside them, and even as they do their best, they wrestle with the memories, the question “did I do enough?” And with the fear that it could happen to them or their loved ones. Some of them will face PTSD and depression. Too many of them will kill themselves because it was just too much. And a great many, especially in law enforcement, fire, EMS, and nursing, are paid far less than they’re worth.

My heart goes out to all of those responders in Las Vegas. And Miami, Paris, New York, Kabul, Mosul, Houston, Puerto Rico and London. And in every place where brave folks bring hope and order against the background of blood and last breaths.

It’s remarkably hard to describe. And those who endure it all are either too humble, or to wounded, to tell the whole story. So have pity on them. And advocate for them. The world needs them 24/7.

God bless them and ease their pain as they ease the pain of others.

Edwin Leap is an emergency physician who blogs at edwinleap.com and is the author of the Practice Test and Life in Emergistan.   This article originally appeared in Greenville Online.

The opioid epidemic in 6 charts 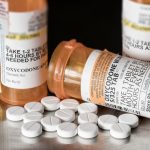 What health care can learn from Game of Thrones 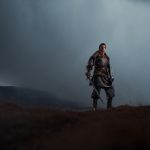