As the calendar turns to early October, I’m reminded that this is the 6th anniversary of Steve Jobs’ death. At the time of his death, I was a medical student and my wife had just completed six months of chemotherapy. I was surprised to learn that Jobs had died from complications of cancer and shocked to discover that he had initially refused conventional cancer treatment in favor of alternative medicines. At first, I found it difficult to understand how someone with the intellectual and financial resources of Steve Jobs could make such a decision — but I was quickly reminded of the massive amounts of misinformation that I encountered online while researching my wife’s cancer diagnosis. Rather than question Jobs’ intelligence, I wanted to explore how he had been deceived.

Following his death, news reports suggested that the qualities that made him successful in resurrecting businesses from the ashes, namely confidence, passion, and fearlessness, may have contributed to his early death. He died from complications of pancreatic neuroendocrine cancer, a rare albeit curable disease. Diagnosed in 2003, Jobs initially defied doctors’ recommendations to undergo surgery. He distrusted Western medicine, and believed that there was a better, more natural way to cure cancer.  Over the next several months, he relied solely on a vegan diet, acupuncture, and other natural herbal remedies. He eventually agreed to undergo surgery, but unfortunately, Jobs’ cancer returned and, despite a liver transplant, he died in 2011.

The decision to forego proven cancer treatment is an alarming trend, not unique to billionaire tech moguls. In fact, it’s a decision that I have witnessed with some frequency.  I’ve seen patients decline surgery, chemotherapy, and/or radiation — cancer therapies that have been proven to be beneficial. I have also witnessed these and other cancer patients return with cancers that had grown and spread because of a delay in evidence-based treatment.  This led our team to conduct a research study in order to determine whether the patients who chose alternative medicine in lieu of conventional cancer therapy were putting themselves at risk. We found that patients who chose alternative medicines for the initial treatment of their cancer were at a 2.5 times greater risk of death. It’s unlikely that these therapies directly caused early death rather patients who felt that they were pursuing benign, more “natural” therapies like Jobs, delayed their curative treatment until the cancer progressed, often to the point of incurability.

If health care is a right, so should having legal insurance 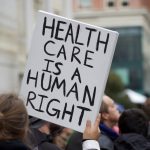 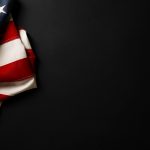