I have been working on this essay for some time now. It has been difficult for me to convey in words this complex issue of physician-patient relationships that, to me, is the crux of the art of medicine.

The first time I met Rachel was when she showed up at my office with Mary, her closest friend for her first prenatal exam. When a year later, I walked into my office to find Rachel sitting there, I did a double take. “Where have I seen you before?” I asked after introducing myself. And before she answered, I responded, “Oh, wait, you’re Mary’s friend.” I was happy she remembered me and came to see me for her own pregnancy. Rachel was also pleased I remembered her despite meeting so long ago. We fell into an easy rapport as we discussed her pregnancy, how she was feeling, her health history and then an exam and ultrasound. Because it is standard practice to test a patient’s urine for a bladder infection at the first prenatal visit, I sent her urine to the lab.

A couple of days later, I called Rachel about her bladder infection and sent an antibiotic prescription to her pharmacy. At her next visit, I just assumed she took the antibiotics, but when I checked her urine again, it looked like the infection was still there. “Did you take the antibiotics?” “Oh … No … No, I didn’t. I felt fine and didn’t think I needed them.“ This prompted me to begin a mini lecture about untreated bladder infections becoming kidney infections and other serious risks in pregnancy. Once I launched into concerned doctor mode, I saw a blankness on her face, so I paused and sat down.

Where did I lose her? I began again, “Tell me more about why you didn’t take your antibiotics.” She said she didn’t like taking antibiotics, and she was afraid they would hurt her baby, then finally “My husband doesn’t think I should take antibiotics.” I admit, it was not easy for me to stay quiet while listening to her. I wanted to refute each reason immediately. It was as if all her rational thinking in this decision process was being overshadowed by emotions and misinformation. But in the end, taking the time to really listen helped both of us. We were able to agree on a plan — if a second urine culture confirmed an infection, she would take the antibiotics. She felt heard and part of the plan, and eventually took the antibiotics.

With medical care, decisions need to be made in a partnership between patient and doctor. The goal is the best course to promote the patient’s health, and in pregnancy, that of her baby. The decision making process is influenced by a patient’s health concerns, personal beliefs, living situation, and attitudes towards medicine. The reality of working with patients in this technological age is that the decision-making process is also influenced by the many sources of information that patients sift through to learn more about their health. Some of the information is accurate, whereas some can be just plain wrong and patients may be unsure which is truly reliable.

What does “trust” mean in a patient-physician relationship? Every day, I have encounters with patients that hinge on many layers of trust. Patients allow me to examine their bodies, often a vulnerable moment for them. Patients also allow me into their personal lives, at times trusting me with their inner-most secrets and concerns. And finally, they place confidence or trust in my knowledge and experience with their health management, which for some may even require placing their life in my hands for “safekeeping” when I operate on them.

A trusting partnership can support patients in making sensible decisions about their health, but in practice, this is not always feasible. In some circumstances, I barely have enough time to introduce myself to a patient let alone build a trusting relationship.

Recently when I was on call, I took over care of a patient that was being induced six weeks early because the patient had dangerously high blood pressure. She had already been in and out of the hospital a couple times for blood pressure issues, but now it was so high, she needed to be induced or would risk suffering a stroke or seizure. The message from the previous doctor warned me that she was a “difficult” patient — she refused the medication to prevent seizures. The valium syringe at her bedside and bed padding were ready in case she had a seizure. To make matters worse, her blood type made it likely that she would form antibodies to the baby in her belly and in every subsequent pregnancy. Women with her blood type need an injection called Rhogam to prevent harm or even death to their baby but she refused the Rhogam shot. She was not only risking herself and her baby, she was risking any future baby’s life.

The morning I met her, I knew I had to leave my preconceived ideas of her at the door and remain open minded, or nothing would be gained. I admit it wasn’t easy knowing the potential preventable complications she was exposing not only herself to but her baby. When I walked into her room, she was sitting up in bed, her husband and mother were sitting on the bench nearby. A huge container of popcorn was nestled between them, the smell permeating the room. I introduced myself. “I know you have been here a while, have met many doctors and are probably pretty frustrated with your hospital course so far.” She responded, “I had planned to deliver at the natural birthing center, so yeah, this is not what I wanted.”

I tried to engage her more, trying to understand why she wouldn’t accept medication to prevent seizures and why she wouldn’t accept Rhogam. “I don’t want anything foreign in my body“ was all she said and then wouldn’t add anything more. She had had her fill of doctors and nurses and was adamant nothing was going to convince her to change her mind. Her husband then piped in abruptly, “Why can’t she labor in a tub like she wants?” He definitely didn’t grasp the gravity of the situation — having a seizure in a bed is one thing, but in a bathtub? I felt the air being sucked out of the room. At the moment, she had no interest in me, in my medical knowledge, in finding common ground. She knew only that she could trust her husband, despite his lack of medical knowledge, more than any of the doctors or nurses.

Fortunately, she delivered without any complications, after accepting medication to bring down her blood pressure, but not to prevent seizures. After the delivery, she still refused Rhogam despite learning that she did need it, thus exposing future pregnancies to risk.

I look back at these two patients and wonder what I could have done differently for a better or easier outcome. How could I have helped the first patient avoid delaying antibiotics, offering a better opportunity to speak up earlier about her concerns. For the second, how could I have helped her consider the medications recommended based on research and facts rather than irrational thinking? Did they not feel comfortable discussing their concerns? Did they misunderstand what and why the recommendations were given? Did they not trust me as their doctor?

As I sit with a patient one-on-one, the many layers of our relationship unfold, including trust. Sometimes trust can be experienced like a nebulous orb of energy, floating through the exam room, indistinct at first until it sees its path. Sometimes it is a clear, refreshing, light summer breeze engulfing us in warmth and our relationship blossoms and other times, it is a hazy, murky fog causing us to lose our direction as we plod through it, never really connecting. I can feel when it shifts from lightness to fog. I try to right it by taking a step back inside myself, to see where I may have lost the connection, relying on our previous bond to steer me. But sometimes, one stumble is enough to be lost forever. It is sad for me when the bond is that weak or unforgiving even after years of building our relationship.

In the obstetrics physician-patient relationship, there is the added complexity of another patient — the baby. Sometimes, I have to speak for the one that cannot speak and that requires winning the confidence of the other for both their needs. Admittedly, there are days I am weary of the questioning, the “but is it safe in pregnancy?” reaction or I just don’t have enough time to flesh out the relevant issues. I wonder why patients would think that I’m not always considering both of them. Unfortunately, it takes time and patience to have these discussions which sometimes, in the current medical climate, is a luxury we don’t always have. Perhaps this creates more fog when I am seeking light in connecting with patients.

I certainly don’t know the answer to the bigger question of how we combat doctor-patient mistrust and misunderstanding. Sometimes, as with Rachel, I can reestablish trust and use my expertise to guide a patient to make the most medically sound decision for the situation. At other times, external forces may shape a patient’s decision, and trust in me may not have the weight to influence whether that decision is sound. In the end, I hope to create a trusting relationship, so even when decisions become tough, my patients see me as an ally in their health care.

Skirting around language is a disservice to your patients 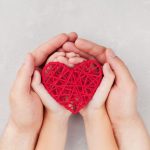 Is Medicare for all the future? Only the public can decide that. 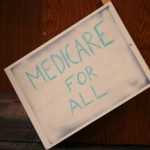 What does trust mean to a patient?
2 comments