Approximately 300-400 physicians commit suicide annually. Given that a typical doctor has about 2,300 patients under his or her care, that means more than a million Americans will lose a physician to suicide this year.

In a study of six medical schools, almost seven percent of students said they had thought of ending their lives in the last two weeks. In another recent study, 29 percent of residents suffered from significant symptoms of depression. And those symptoms escalated within a year of starting training.

Medical students and physicians are raised in a culture where they are not allowed to show weakness or ask for help. In addition, to visit a psychiatrist can be professional suicide, meaning that they risk loss of license and hospital privileges and professional stature among peers and patients. This could easily be considered borderline abuse and it begins in medical school and continues through residency.

A 1990 JAMA article reported on a survey of the incidence, severity and significance of medical student abuse. Approximately 46.4 percent of all respondents stated that they had been abused at some time while enrolled in medical school, with 80.6 percent of seniors reporting being abused by the senior year.

Despite implemented reforms in the 1990s, according to a 2012 study in the Journal of Academic Medicine, more than half of all medical students still said that they had been intimidated or physically or verbally harassed.

According to a 2014 study from the Journal of Academic Medicine, the nature of mistreatment differed between students interested in primary care and those interested in a subspecialty. It appears that faculty and residents are biased against certain specialties that differ from their own and may embarrass or criticize students who express interest in those specialty areas.

Between 1996 and 2017, the median cost for tuition at a private medical school increased 130 percent while resident salaries during the same time period increased only 60 percent. Graduating medical student debt in 2014 averaged $180,000 6.7, according to a report from the Association of American Medical Colleges.

In 2002, Paul Jung, MD, and two other physicians filed a class action antitrust lawsuit against the National Resident Matching Program (NRMP) or the “The Match.” They alleged that the NRMP is “a computerized processing system that assigns graduating medical students a single, non-negotiable employment opportunity. A rider, sponsored by Senators Edward M. Kennedy (D-Mass.) and Judd Gregg (R-N.H.), was attached to a pension act, the Pension Funding Equity Act, which President George W. Bush signed into law in April 2004.

That provision states that the maintenance of or participation in the residency match does not constitute an antitrust violation, as long as there is no outright price fixing. It also says that the Match cannot be used as evidence in an antitrust case, the issue that Judge Friedman cited as the primary factor in his decision.

Compounding this issue is the fact that 1,059, or 5.7 percent of allopathic U.S. seniors did not match. If you include international graduates, osteopathic graduates current and recent U.S. graduates, that number approaches 8,281 representing 23 percent of total applicants. In 1997, the Balanced Budget Act effectively cut the number of residency slots available by reducing the reimbursement allocated to hospitals involved with resident education for patient care.

Meanwhile, with a nationwide shortage of 90,000 physicians projected by 2020, U.S. medical schools are on track to increase their enrollment by 30 percent. However, without more residency slots available, it will be difficult to increase the number of practicing physicians despite increased medical school enrollment. In 2013, two bills were introduced into the U.S. House, the Resident Physician Shortage Reduction Act and the Training Tomorrow’s Doctors Today Act. Neither bill passed.

As a result of the current physician shortage, nurse practitioners and physician assistants are filling the void and now seeking independent practice. Organized medicine continues to seek legislation to oppose independent practice of mid-level providers and to expand the number of residency positions available to medical students.

One anonymous physician has stated: “Medical residents have fewer labor protections than Chinese factory workers.” In 2012, the Fair Labor Association recommended capping workers at 49 hours per week including overtime and paying 1.2 million workers overtime they deserve. Residents, however, work well over 50 hours a week and furthermore, receive no overtime benefit, meals or gas mileage reimbursement for call duties.

The usual bullying culprits of residents are the attending physicians. In a 2016 meta-analysis article by BioMed Central, the most frequently noted form of mistreatment was verbal abuse, with the most common perpetrators being fellow physicians of higher hierarchical power.

Nurses are known to be involved in the act of bullying resident physicians. According to a 2014 study in the Journal of Surgical Education, surgical residents had experienced each of 22 negative acts (11.5-82.5 percent) surveyed, most commonly being ignored/excluded or treated in a hostile manner.

We should always be aware of physicians’ needs and never ignore their cries for help. Never assume a physician will be able to deal with every problem on their own. Physician wellness programs with 24/7 access to psychologists skilled in physician mental health should be available in all areas. Moreover, just as our health care system is being overhauled, so too should medical training and labor laws protecting health care providers.

Furthermore, indirect medical education from CMS should be used to increase residency positions and organized medicine needs to continue to advocate for this. Finally, we need to realize as physicians that many students will choose their desired specialty based on whom they consider to be a role model to them. If we want the best and brightest to follow in our footsteps, then we should set a positive example for them to follow and give them the positive attention and respect they deserve.

Samer W. Cabbabe is a plastic surgeon and can be reached at Cabbabe Plastic Surgery. 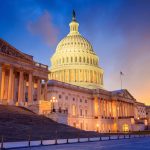 A resident deals with being a wife, mother, and doctor 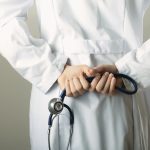