Two months into my pediatric residency, while working on an overnight call, I encountered my first medical mistake. We, fortunately, had had a very good night, and all patients had remained stable. It was an hour before sign-out to the morning team, that I received a page. I quickly held my pager and dialed the 4-digit number, only to find a busy dial tone. I was a little surprised and tried again, each time unable to get through. I called the operator for help and was told that this was a non-working number. I then assumed that someone had dialed by mistake and resumed my work.

Five minutes later, I got up to check on my patient with febrile seizures that we had admitted overnight. As I walked into the patient’s room, I saw my senior resident standing surrounded by extremely scared parents and a furious nurse. The girl had had a prolonged seizure five minutes ago. The nurse walked me out of the room and angrily said that after I did not respond to my page, he had called a rapid response and the ICU team had come and managed the child. I fumbled in my pocket with trembling hands to find my pager and asked if this was the number that he had paged from. In those few seconds of clarity and fear, I realized that all this time I was reading my pager upside down and hence dialing the wrong number. I had caused much distress to the parents and the nurse because of my lack of attention during this scenario. I profusely apologized to everyone, made sure the child was OK and walked away with a gnawing guilt in my heart. I was ashamed to tell any of my co-residents and colleagues about what had happened.

One year later, I still find myself struggling with an extreme fear of making mistakes. On a daily routine after coming home, I find myself re-running every conversation that I have had during the day a million times to make sure nothing was misspoken, I find myself accessing my EMR through my phone every couple of minutes at home to make sure an order was not put in incorrectly. On on-call nights, I find myself unable to close my eyes for even a split-second in the fear of missing something that might happen. And like many other colleagues of mine, I find myself challenging and self-doubting every little decision that I make. There is always a voice in my mind, coaxing me, what if you miss something? What if you make a mistake? What if you cost these young children, who can’t verbalize their pain, their lives?

Every physician’s biggest fear is indeed that they will make a mistake and miss something which they shouldn’t. As a pediatrician that fear multiplies ten times, as we deal with children, who many times cannot describe, what is indeed wrong. We often rely on minimal history, astute skills, and a strong gut to guide our management. Many a time, I find calling the patient’s that I have sent home from the clinic multiple times back to make sure they are OK. At the same time, my husband who is an internal medicine resident at the same level of training as mine justifies that he can trust his adult patients to return if the intervention prescribed isn’t working.

How do we as pediatricians deal with this fear? How do we, without feeling irresponsible acknowledge that to err is human? Is it OK to even do that? Are doctors really allowed to make mistakes? Is it OK to talk about it without feeling ashamed? In the culture of medicine, a mistake is a taboo that nobody wants to admit or talk about.  Hushed tones and avoidance of eye contact is the aura around a mistake. We often find ourselves shaming our colleagues behind their backs if we ever heard that a mistake was made. And more than that we shame and blame ourselves a million times over till we find peace.

I want to tell myself, that we should be able to talk about this more so that we can learn from it and think of feasible ways for it to not happen again. When talking about our mistakes, we shouldn’t have to deal with accusatory eyes that sink our heart. We should encourage a culture for residents and attending physicians alike, where they meet once a month and admit the mistakes they have made. A safe space for physicians. Some may argue that it is never OK to normalize errors. As I envision myself in the scared eyes of that child’s parents, I agree that it is never OK. But can you imagine how many mistakes we can prevent if we decide to talk about them?

What it's like to be on call during a hurricane 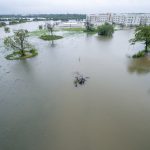 Pay off debt, invest, or both: Advice to young physicians 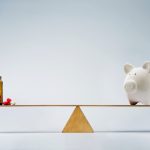