In the early epoch of human development, mankind learned to shape and sharpen wood, stone and metal objects to facilitate plunging them deep into other humans’ chests, abdomens, skulls and eyes in the ultimate form of conflict resolution.

Over tens of thousands of years, other less pugilistic and more compassionate humans crudely — but later artfully — insinuated an increasingly sophisticated array of implements into the human corpus to cure diseases, repair injuries, beautify the body and deliver newborns. At some glorious moment, the cut-upon (or their clan/kin) began to pay the cutters for their skills and services with salt, fur, livestock, foodstuffs or other valuable in-kind thingamajigs. In recent times, due to the inexorable force of etymological evolution, the cutters are now called “surgeons” and their craft “surgery.”

As lucre in its various iterations became the coin of the realm, it became more practical to pay the surgeon with money rather than, say … beaver pelts. This begot “fee for service” and inaugurated the figurative and literal golden age of surgery.

This highly truncated presentation summarizes how “assault with a deadly weapon” slowly but benevolently morphed into the demanding and noble profession of surgery.

Not every physician is cut out (pardon the obvious pun) to be a surgeon. The ideal surgical persona is a unique conflation of intelligence, manual dexterity, self-confidence, good judgment and the stamina of a draft horse. In recent years, the distinction between surgeon and non-surgeon has blurred as interventional techniques have developed in radiology, cardiology, gastroenterology and other specialties. This editorial addresses all physicians doing invasive procedures.

This brings me to the crux of this discourse. The two most difficult decisions I’ve had to make in my professional career have been: Do I want to do surgery? And 12,000 eye surgeries and 30 years later — Do I need to stop doing surgery?

I did not suddenly ask myself this latter question as I approached my 60th birthday. Every surgeon should inventory and evaluate their surgical skills from the first day of their residency. Some surgical residents realize early on that they are not suited to the operating room and transfer to a medical specialty. It is estimated that between 10 percent and 20 percent of surgery residents struggle with achieving surgical competency. How program directors deal with this issue has been discussed in detail. This has become ever more germane as some surgical boards have required residency programs to certify their graduate’s surgical competency.

After satisfactorily finishing a residency or fellowship, a newly minted surgeon will find that their practice situation will afford the opportunity of doing some procedures frequently and others infrequently. For example, due to geographic circumstances and the complexities of the referral process, a surgeon may do a great deal of trauma or major cancer surgery or these, cases may be few and far between.

Practicing surgeons must constantly reassess their surgical skills, the number of cases that must be done and new techniques mastered to maintain procedure specific proficiency. Also if they should do highly complex types of surgery, learn difficult new techniques or whether the patients’ interests are best served by referral. One’s ego and income must be disregarded in this assessment.

In medicine’s version of Moore’s Law, the standard of surgical care is constantly changing as new skills, techniques and procedures must be mastered at an ever accelerating pace. Laggard surgeons may fail to recognize the superiority of new surgery over the old surgery that they feel comfortable performing. Or they may lack the dexterity or temperament to keep up with their peers. This is especially painful and prevalent when a sea change development threatens to obsolete much of the laggards’ surgical repertoire.

There are many other ongoing threats to remaining a competent surgeon. Abuse of drugs and/or alcohol is often a cause of incompetency. A chaotic personal life or untreated mental illness may be the culprit. Acute or chronic health problems, aging and senescence are problems all surgeons must eventually confront. In one study, general surgeons retired at an average age of 63 and disability was the primary factor in 14 percent. A steadily increasing morbidity, mortality and complication rate may be harbingers of erosion of competency.

Surgeons may fail to recognize their problems or intentionally try to keep them sub rosa. For hospital based surgeons, staff quality and safety committees may identify the problem surgeon and, through a variety of rehabilitation pathways, correct the situation.

In other instances, the problem will be apparent first to the surgeon’s associates, colleagues or family. With the safety of patients at stake, we must not cast a blind eye to our fellow surgeon’s problems. Much reporting of impaired or incompetent surgeons is by fellow physicians.

Surgeons that operate using microscopes have an increased incidence of musculoskeletal disorders as they age.I developed a burgeoning amalgam of these afflictions including osteoarthritis of the back, knees and hips. In 2001, during an acute flare-up of my back and after finishing eight hours of pain wracked but complication free surgery, I decided to end my surgical career due to disability. I merged my practice into a large, top quality ophthalmology group and do only laser and medical ophthalmology.

I have never regretted or second guessed my surgery ending decision.

With regard to age, some of the finest surgeons are in their mid or late sixties, some even in their seventies or eighties. Michael DeBakey, MD, arguably the most renowned surgeon of the late 20th century, retired from cardiac surgery voluntarily at age 90 having done over 60,000 operations. Conversely, there are incompetent and impaired surgeons in their twenties and thirties.

There is age discrimination, and it must be avoided. Perhaps surgeons should be impartially assessed at age 70 and regularly thereafter. Or maybe the age issue should be enfolded into the broader issue of periodic re-certification and re-assessment of surgical skills. This is evolving as a leading frontier of medical education.

As for me, I’m happy and proud that I stopped picking up the scalpel before I started cutting myself doing so.

John C. Hagan III is a ophthalmologist and editor, Missouri Medicine, where a longer version of this article originally appeared. 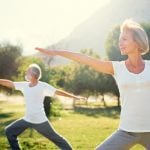 Co-production of care: A different kind of health care than we’re used to 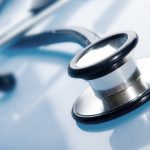