In my first year in the hospital, as a third-year medical student, there was one refrain I often heard from physicians and staff alike: This is a hospital, not a hotel. It was an expression of the frustration engendered by “needy patients,” those who were upset that their breakfast was late or that the room was too hot or that they couldn’t speak with the physician just this second. Often, when their demands weren’t satisfactorily met, these patients would unload their ire on the medical team. I remember thinking ruefully that I wished these patients understood how it behooved them to be nice to those taking care of them, as their behavior had a real impact on team morale and attentiveness.

I also knew just what it was like to be an impatient patient. To be frustrated and scared and yes, needy: needy of attention, of the impossible reassurance that everything would be OK. I was a medical student when my father was dying in the hospital. I had no qualms about requesting yet another family meeting with his doctors to tell me what I already knew, which was that things were not looking okay at all, and no one could predict much more than that.

Thus, the problem of blaming patients for their behavior was quite clear to me: Patients don’t choose to be in the hospital. They are in the hospital because they are sick, suffering and scared, and they are often alone. A hospital is not a hotel, indeed.

Patients often complain of being treated like diseases rather than people, and it is not hard to see why. Any basic human desire or comfort, like an extra five minutes to talk, the correct beverage at the bedside, a nurse responding to one’s bathroom request in, say, less than thirty minutes, is liable to be seen as excessive, extraneous to what everyone is here for: medical care. Evidently, medical is synonymous with disease, and the other things a provider might care for are luxuries, to be granted only if time permits. How can a patient be upset about something so trivial, is the general staff impression, when we are working around the clock to salvage his failing heart and kidneys? Maybe because that triviality is the one thing at this moment that makes the patient feel just a little better.

And yet, it is also a sorry mistake to place the responsibility, and the blame, squarely at the feet of individuals. A hospital functions as a hierarchy necessary to manage the innumerable complexities of patient care, though this very hierarchy often results in a significant lag between a request and its completion, with messages filtering and repeating through the wrong channels. It is a not a nurse’s fault if she doesn’t know the doctor’s latest recommendation, which hasn’t yet been inputted into the computer, any more than it is the doctor’s fault if the cleaning staff has not come on time. It is not only impossible but irresponsible for staff to do each other’s jobs, and yet this is the implicit expectation when a chain is only as strong as its weakest link, or several links are simply missing in action depending on the burden of care that day.

Understandably, patients are frustrated when a staff member places the responsibility for a delay or an error on somebody else. Yet often this is simply the truth: That we don’t know what’s happening outside of our purview and that we would have to neglect our actual time-sensitive responsibilities and patients to find out. It is not so simple for someone juggling fourteen balls to chase after the fifteenth that somebody else dropped.

“But you signed up for this,” is the other sentiment that I often sense from non-physicians. Unlike patients, who did not choose to be in the hospital, we did. The stereotype remains that doctors are rich and comfortable, or that we simply can’t be bothered to spend extra time with patients without robbing them. Speaking for my generation of physicians, this just couldn’t be further from the truth. With debt in the hundreds of thousands from eight years of college and medical school, hourly wages as low as $13 per hour for up to seven years of post-graduate residency training with eighty-hour work weeks followed by similarly low-wage, high-workload fellowships, and future earnings and schedule forever dependent on the demands set by the insurance industry, being a doctor is hardly lucrative or easy.

Not only that, and perhaps even more importantly, the demands of professional life inevitably come at an extreme cost to one’s personal relationships and general well-being. Residency training is at least three years, depending on the specialty, at whichever hospital a new physician is “matched” (a long, competitive selection process analogous to “rushing” in college Greek life) — a tremendously disruptive move to a person in his or her mid-twenties with long-term professional consequences.

Yet, young medical students and physicians largely have no choice but to complete this long and arduous path once started due to the aforementioned debt and the uselessness of our medical degree without post-graduate training. Then, inside the hospital, a physician is expected to be compassionate and empathetic yet forever professional; in other words, to witness suffering day in and day out without ever displaying the impact of this suffering, or other personal suffering, ourselves. This is while coping with crushing workloads that often necessitate the neglect of loved ones and the most basic personal care. Thus it is no coincidence that doctors have the highest suicide rate of any profession and addiction rates estimated at 10 to 15 percent, compared to 8 to 10 percent of the general public.

So yes, we chose this. We chose immense sacrifice in order to help others, to make a life’s work out of sickness, while trying to not be crushed ourselves. Sometimes being berated about a cup of water is a bit too much for us, too.

The medical system is far from perfect, and the grievances from all parties are warranted. As a soon-to-be-doctor, straddling the line between civilian and physician, I have just one suggestion: That patients and doctors give each other the benefit of the doubt, and that we each recognize what the other has suffered and sacrificed. In this way, patients and doctors can face illness side-by-side, rather than turning against the very partner we need most.

Weisheng Mao is a medical student. 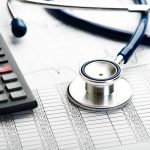