Cancer treatment delays are sometimes inevitable. Here is a story, though, that haunts me.

Years ago, long before the Affordable Care Act, I was asked to evaluate a very pleasant man with hoarseness in a local free clinic. He struggled to make himself heard. “Things have been getting worse and worse,” he said.

“When did you start losing your voice?” I asked.

“About six weeks ago,” he responded. “When it started getting more difficult to talk, I was pretty certain something was wrong, and I came into the clinic. They had me come back today to meet with you.”

I pulled out a mirror and examined his throat. “You were right to come in,” I said. “There is a small, treatable early cancer of the vocal cord. I have seen several patients with cancers like yours, and we have cured them with radiation therapy. You caught it in time.”

Insurance was a major problem. “Since you have no coverage, this will be a bit more difficult. I will get the process started and let’s see how quickly we can get you in for care.”

I knew the bureaucracy would take some time, but everyone was very helpful. The clinic managers and the hospital contacts all pitched in to see how quickly we could arrange for emergency coverage and a payment plan for his hospital bills. His treatment was going to be expensive and difficult, but still less complicated and less expensive than if the cancer had been larger.

The time for the approvals dragged on. He finally appeared in my office about three months later. “It’s good to see you again,” I said. “Let’s take a look at your throat.”

“Well,” he said, “my throat has gotten worse but, otherwise, I’ve been feeling fine. When can I start my radiation treatments?”

I pulled out the exam mirror and felt his neck. I was shocked to see how much the cancer had grown since I had seen him last. “We will have to get some scans, but I’m afraid your cancer might have grown to the where radiation alone is no longer possible.” He was devastated.

Indeed, the CT confirmed that his cancer had grown through the supporting cartilages of the voice box. In the time it had taken to get his cancer treatment approved, the tumor had grown from early to advanced stage. Our best option now was to remove his voice box. His surgery was performed a couple weeks later.

Several years have passed since then and happily, he has done well. He throat continues to be cancer-free although he has since been able to communicate only with an artificial voice box. Every time I see him, I remember the long delay needed to secure his insurance coverage and still feel badly that the system somehow failed him.

Our country is on the verge of shaking up health care coverage once again. I hope whatever policies emerge will cover our most vulnerable, like my pleasant man who has lived for many years without a voice box we should have been able to save. 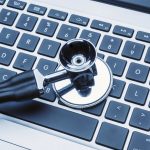 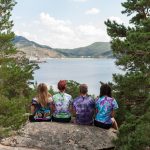 New health policies must cover our most vulnerable
7 comments