Some clinical conditions have adequate research to define the Goldilocks duration.  Community acquired pneumonia only requires five days of antibiotics, if the patient is clinically stable at three days.  We know that five days is sufficient, so if we give antibiotics for 7 or 10 days, the patient gets exposed to unnecessary antibiotics.

Unfortunately, this example is rather unusual.  We have learned antibiotic duration without the teaching (and guidelines) having an evidence base.

So a new movement suggests that we should tell patients to stop the antibiotics when they feel better. The antibiotic course has had its day.

The concept of an antibiotic course ignores the fact that patients may respond differently to the same antibiotic, depending on diverse patient and disease factors. Currently, we largely ignore this fact and instead make indication specific recommendations for antibiotic duration that are based on poor evidence. This situation is changing in hospital practice, where biomarkers of treatment response such as procalcitonin can guide when to stop antibiotic treatment. Outside hospital, where repeated testing may not be feasible, patients might be best advised to stop treatment when they feel better, in direct contradiction of WHO advice. Of note, a recent clinical trial found that using fever resolution to guide stopping antibiotics in community acquired pneumonia halved the average duration of antibiotic treatment without affecting clinical success. Further similar studies are needed.

So this interesting idea got published in the British Medical Journal.  But does subjectivity get us to the Goldilocks duration?  So this article argues against the BMJ opinion piece: Why you really should take your full course of antibiotics.

So, knowing what you now know, do you think stopping a course of antibiotics when you feel better as opposed to completing the course is a good idea? It may be the case that your infection is completely clear by day two of your five-day course, but it’s equally possible that a small population remains that can grow back and reinfect you. More research and clinical trials (as also noted in the BMJ article) are required in order to fully understand and adjust the lengths of antibiotic courses, but, in my opinion as a microbiologist, the risks of taking an insufficient course significantly outweigh the benefits.

As you might imagine, I do not think this opinion gets us to the Goldilocks duration.

In 2000, Zwart and colleagues published a study of placebo versus three days penicillin versus seven days penicillin for severe adult pharyngitis (defined as a Centor score of 3 or 4).  Their results are instructive:

So to reach the Goldilocks duration recommendations, we need more research.  We will have more side effects if we encourage patients to take unnecessary long antibiotic courses, but we will have patients relapse if we do not give antibiotics for an adequate duration.  Perhaps in the sore throat example, five days might be satisfactory, but we do not have the data, so it remains seven days for now.

Both sides have salient points in this debate, but we cannot judge the debate until we get better duration studies.  We must encourage the infectious disease community to expand their work on this question so that we can give antibiotics for the proper duration.  Currently, we are really just guessing for most infections.

Bridges and roads are also important to your health 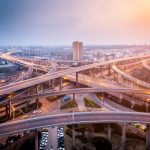 Health reform is stalled. Here's how to do it right. 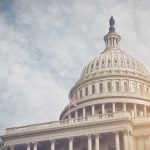 How long should I take antibiotics? Exploring the Goldilocks problem.
1 comments