When I finished my medical training almost sixty years ago, I was like many new graduates: I thought I knew it all.

I opened a private office in Los Angeles and paid courtesy calls on the local physicians to let them know my qualifications and my availability for consultation, as both an internist and a nephrologist. (The treatment of kidney disease was then in its infancy, and I was the area’s first such specialist.)

With a wife, two children under age four, a home mortgage and an office to support, I needed to make a living. I took call at the local emergency rooms, worked nights at the VA hospital and told my answering service to mention my availability to other physicians who might need assistance.

One of the very first doctors I visited was Dr. Lud, a large, friendly, highly competent and respected family physician. His patients adored him, and if he asked you to consult on one of his cases, that was the Good Housekeeping Seal of Approval: It assured your standing within the medical community–and, of course, a steady income.

During our visit, Dr. Lud had greeted me cordially and listened politely as I described my qualifications — but as time passed, to my growing frustration, he didn’t avail himself of my services.

Then, one Saturday night, my answering service relayed a message from Dr. Lud’s service: Could I make an emergency house call to Mr. Peters, one of his patients? Neither Dr. Lud nor his regular backup physician were available, and the situation sounded serious.

When I called, Mrs. Peters answered the phone, clearly distraught.

“My husband has very bad stomach pain, and it’s getting worse,” she said breathlessly. “He can barely move, and he can’t keep anything down.”

I grabbed my black bag and set off. Minutes later, I arrived at a modest home in Southwest LA. There I found Mr. Peters, age sixty-four, lying in bed and obviously in agony; he could barely move or speak.

Piecing together the information that he and his wife provided, I determined that his pain had gradually developed over the past few days and was now centered in his left lower belly. Earlier in the day, his whole abdomen had suddenly hurt terribly, and he’d become feverish.

My examination revealed no normal bowel sounds and, more ominously, exquisite tenderness — classic symptoms of peritonitis, a potentially fatal inflammation of the abdominal lining. I suspected that Mr. Peters had diverticulitis, which had now been complicated by a bowel perforation.

To survive, he needed emergency surgery and strong intravenous antibiotics.

Carefully, trying to sound calm, I explained this to the couple.

“Do you have medical insurance? If so, I can admit you to the hospital for Dr. Lud,” I said.

“We don’t have insurance,” Mrs. Peters answered. They were living on Social Security, along with a small private pension and Mr. Peters’ military disability benefits.

“Please don’t send him to the County Hospital,” she pleaded. “It’s so far away, and I don’t drive. There’s no one who can take me there; our only daughter lives back East.”

Scanning their small living room, I spotted a framed Purple Heart citation alongside an honorable discharge from the Army. My heart leaped: This meant that Mr. Peters was eligible for admission into the VA Hospital.

I called for an ambulance, got the ER physician’s okay to give Mr. Peters a shot of morphine to relieve his pain and waited until the ambulance arrived.

As I left, the couple thanked me profusely. Mrs. Peters tried to hand me a $5 bill. Embarrassed at the thought of taking money from people who were just scraping by, I pressed it back into her hand.

“Thank you very much, but you don’t need to pay me,” I said. “The VA will reimburse me.” (This was not so, as I wasn’t on the VA’s panel of physicians.) I left feeling very pleased with myself, both for my astute diagnosis and for my handling of the payment issue.

When I called the VA the next morning, I learned that my diagnosis was correct. Mr. Peters had come through the surgery well and was on track to make a full recovery. I called Dr. Lud’s exchange and left a message to that effect.

As the day wore on, and I didn’t hear back from him, I began to feel annoyed. At the very least, I’d expected that he would call to thank me, and I’d hoped that he might even be impressed by my diagnostic skills.

His silence persisted through Monday morning. Then, while rounding at a hospital that afternoon, I heard him call my name.

“Do you have time for a cup of coffee?” he asked. Of course, I said yes, and we headed for the cafeteria.

At last he’s going to thank me, I thought hopefully.

As we sat down, he began, “I’d like to talk with you about the house call you made. First of all, I appreciate your making it. But I need to advise you about how you might have improved it.”

As I began to bristle, he smiled and laid a hand on my shoulder.

“Calm down,” he said genially. “I’m not criticizing your clinical performance; it was excellent. But I think you overlooked something. I know that Mr. and Mrs. Peters are hard up, and I understand why you didn’t take the money. Your gesture was generous, but mistaken. What Mrs. Peters offered you was probably as much as they could afford, and you failed to show her offer the respect it deserved. You should have taken the money.”

He smiled, shook my hand, wished me a good day and left.

My resentment subsided abruptly. I saw that, by refusing Mrs. Peters’ five dollars, I’d unwittingly conveyed that she had nothing of value to give me in exchange for my help — a message that undercut her dignity and self-respect.

Feeling properly chastened, I understood why Dr. Lud had said what he did — and also why he was so beloved among his patients and respected by his peers.

Later that afternoon, to my elation, he called to ask me to consult on a patient who was suffering from kidney problems.

Thereafter, hardly a day went by without a referral from him, and as my standing with him became known among the medical community, other doctors began to consult me as well. My practice took off, and my financial problems disappeared. Soon I was happily complaining of being too busy!

But my real reward was twofold. First and foremost, I’d learned something not to be found in the formal medical-school curriculum or in any medical journal. Second, in learning this lesson, I’d also earned the personal liking and professional respect of a physician I greatly admired.

This idea may not appear in any medical textbook, and it may seem self-evident. Still, I view it as a precious gift.

David Edelbaum is a retired nephrologist. This piece was originally published in Pulse — voices from the heart of medicine. 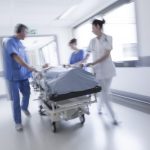 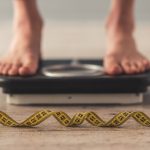