The patient looked at me and said that he did not remember the name of the specialist, only that she was a “woman doctor.” As this was completely unhelpful, I pondered the fact that a doctor who was male is never referred to as a “man doctor.” Why is it that woman physicians need the added label, as if the norm is a doctor who is supposed to be a male? While I have nothing against my male colleagues, I think I deserve to be equal to them, especially as we are now in the 21st century.

When I have approached this subject in the past, many told me that I am simply wrong, mostly by men in the audience. However, most women who have climbed the ladder to their medical degrees can relate stories of being treated as less than our male counterparts.  To be fair, many men in our field support efforts of gender equality and they are not the ones creating this gap. Rather, it is the medical culture at large where these disparities fester.

Women study and train the same number of hours and are required to pass all the same certification exams. Yet, when it is time to honor the leaders among physicians, women are largely left off the roll call. While some may protest that this is untrue, the evidence supports otherwise. In a groundbreaking study by Dr. Julie Silver out of Harvard Medical School, it was demonstrated conclusively that women are underrepresented when it comes to medical association awards. In this hallmark study, the last 27 years of awards by the American Association of Physiatrists (AAP) were investigated. It was found that women were, in fact, underrepresented for the entire 27 year period with no woman receiving an award for the past four years. In the past decade, no woman received an award in half of the categories. In comparison, the American Association of Medical Colleges reports 41 percent of full-time physical medicine and rehabilitation faculty members were women. Yet, from the years 2010-2016 women were awarded 7 out of 39 awards (or 17.9 percent of these awards).

While this is evaluating only one medical association, the discrepancy is glaring. If we were to evaluate others, the findings may be just as mind-boggling. I doubt anyone would conclude that men are better doctors or women do less distinguished work. In fact, there was a recent study that female doctors had better clinical outcomes in their patients, although that was a limited study. To generalize as to the quality of a doctor based on gender, as in anything else, would be just wrong. In fact, most doctors I know seek equality rather than a gender contest. Women doing the same work deserve the same pay, and recognition.

Why is it important to end disparities, including gender, among physicians and other health care providers?

Disparities among health care providers exist and are very real. While many of us may not feel it in our daily work lives, this culture permeates medicine. How are we supposed to break down the siloes when even our medical associations put up the walls that divide us?  On an individual level, it is important that all doctors regard each other as equals. We can only provide the best care for our patients when we are evenly matched among our peers. While we can all strive to end the disparities that exist, the barriers will only tumble when the culture changes. And our medical associations need to lead the charge to tear down the fences. Recognizing them is the first step.

Is the end of disparities in medicine near? Only when we all commit to ending them. 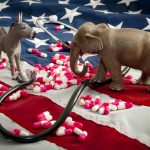 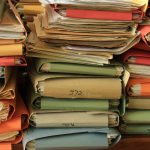 Is the end of disparities in medicine near?
3 comments