We have believed a lie to prop up an increasingly untenable system. We have behaved as if we could safely put our emotions aside to do our jobs at no substantial cost to ourselves in the process.  We’ve all heard the admonishments.

“I don’t want my surgeon crying in the operating room.  He needs to leave those emotions outside.”

Or: “This is just the way medicine is now.  It has nothing to do with your feelings.”

We have been mentored by most of our role models to use a single tool for handling our emotions in medicine, and that is to compartmentalize them — to put them in a box, and get the job done.  No one bothered to mention, probably because they too had been apprenticed that way into medicine, that there is no box big enough to practice medicine long term using just this tool and there is no way to put your emotions in a box without putting vital parts of yourself in there too.

Now before you get worried that we are going to take your boxes away — we are not.  We believe in compartmentalization.  We have our own boxes, and we think they function very well … in the moment.  That’s the problem.  We are using a coping skill that is designed for acute situations, and just because we have to use it over and over to survive, we think it can be used chronically.  It cannot.  Compartmentalization is something that works for short periods of hours to maximally days, but it is not a strategy that you can use exclusively for years without substantial cost.  It does, however, reflect the natural outcome of a system that does not acknowledge rest, recovery or reintegration.

Let’s walk through what happens when we compartmentalize.  Compartmentalization is essentially a fancy form of denial, one that we begin using consciously but eventually, it becomes our default response.  Emotions and responses are triggered by an event, and we train ourselves to become good at focusing on other cues and ignoring our emotions to concentrate on a crucial task at hand.  No one can argue that this is not an absolutely vital skill during a crisis.  Emotions are a high-energy endeavor and can bring up unwanted behaviors and responses without invoking the parts of our brain we typically use for higher order reasoning.

What happens after the crisis is over?  What’s the cost of compartmentalizing?

You can ask any physician you know about compartmentalization, and you will likely get a staunch defense of this process as necessary.  I want you to ask a follow-up question.  Ask them to tell you the story of the very first really disturbing thing they saw in medicine.  Without exception, they have one.  And it is highly likely you have never heard it unless you are a colleague or were there when it happened.  This is the story that first started their complex relationship with compartmentalization.  This is when they made the box where they started putting their stories of a broken system.  When these boxes got full you started to see the symptoms of burnout: fatigue, illness, insomnia, worry, lack of empathy … because all the energy it takes to keep things in a box is eventually too much for anyone.

But don’t stop there. The most telling question of all happens next.  Ask them if anyone ever talked to them about that first broken story and helped them make sense of it and their role in medicine.  A system that champions compartmentalization denies the reality of trauma — which is that our brain is exquisitely wired to vividly recall and respond to memories that have had a strong emotional charge with big responses.  So we train new responses, but we cannot undo the wiring that registers this stress at the body level.  No one ever helps them unpack the box and reintegrate into medicine, much less the rest of their life.

And where does this leave us?  A very demoralized work force stuck in a perpetual loop of employing short-term coping strategies in pursuit of long term solutions. If you were going to design a tool that keeps people from rising up to challenge the system it would be hard to make a better one.  After all, you can blame individuals who speak up about the emotional drain of their work and the lack of control they experience and say they are “not doing it right.”  Say they are “too emotional.”

We are finally talking about burnout, but now it is time to take a deeper look into the emotional mechanisms that make it persist.  Even if we have an emerging thoughtful national conversation about burnout, the culture of medicine as of now treats the symptoms of burnout as individual weaknesses.  They are not.  We can’t seriously tell doctors to take better care of themselves within a system that does not care for them.  Don’t teach us to meditate when our practice of medicine will rapidly undo the benefits of meditation.  Instead, sit down with us and have the hard conversations about a culture that is so toxic that it is breaking the physicians, nurses, and other health professionals who work in it.  We cannot continue to compartmentalize.  You cannot continue to blame us.  Every case of burnout has to be seen for what it truly is: a system failure. And because of that, it is time stop talking about small scale solutions and focus on the courage it takes to reform medicine, so that is sustainable for the people who practice it.

Dehra Harris and Anne Glowinski are psychiatrists. They can be reached on Twitter @SustainableDocs.

Why patients should be investors, not customers 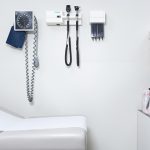 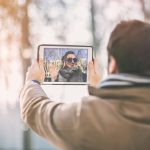