I’d known her for almost 3 years. She had advanced ovarian cancer — clear cell — and was diagnosed with disease already in her chest, stage IV. She had a terrific response to neoadjuvant chemotherapy, which had resolved her extra-abdominal disease sites after three cycles. She had an aggressive interval surgery which achieved complete resection of residual cancer (an R0 resection). She had completed adjuvant chemotherapy, and I declared her to be in remission at that time. But it was short-lived; within four months, her disease had returned. Platinum resistance, we call it. We started a new regimen then — not for cure, I told her and her husband. The goal was control.

“How long can we control this?” she asked at the time.

“One can never be sure, but we can hope for a long period of stability that will extend for many months. Even if you do not go into remission, which is very unlikely, you can certainly live with this if we can get it to stop growing.”

“Many months,” I responded. “It might be as short as 3, but could go to 12 and beyond. I just cannot tell you with any degree of certainty.”

That was 14 months ago. She had responded well to second-line treatment, and most of her disease had resolved on subsequent scans. She had returned to work and to the joys of motherhood, aiming to take control of a life that had been upended due to cancer.

“You’re doing great,” I told her at one of her pre-treatment visits.

“I actually feel great — better than I did even before I got sick! Is that weird?” she said with a smile.

Sadly, four months after that conversation, her cancer progressed, and she went from healthy to sick rapidly, requiring hospitalization for a bowel obstruction and suffered from unremitting ascites. Pain became an issue as well, and within weeks she required narcotics.

At her next outpatient visit, she looked despondent. She still could not believe how quickly things changed in a matter of months.

“I felt like I could live forever, and now, I know I won’t.” She started to cry then. So did her husband.

We talked about treatment options. She certainly was not out of options, but each was associated with  side effects, and the expectations of benefit were low. She inquired about hospice and wanted to know what I thought.

“Well, I think walking this road is one I cannot do for you. I can give you the options, but at the end of the day, it will be you living with this cancer and its symptoms, and you who has to endure the treatments and its side effects. If you told me today you did not want more treatment, that your goals were to be comfortable and with your family for as long as you have, then I would support that. This is your life — I want you to live all of it on your terms.”

She looked at me, and then at her husband. At the time I thought she was searching for our permission without asking for it, but in retrospect, I think she was looking for the courage to say what she wanted. A few moments passed, and then she spoke.

“I choose to live, then, but I choose not to suffer through more treatments. I am ready.”

I thought of her incredible response to treatment, her prolonged remission which defied even my expectations. I wanted her to realize how well she had done, that at least she was able to enjoy so much time despite her quick recurrence. I wanted her to know that she had beat the odds, if only for a while, and that many other women would not be sitting in this room with me. Yes, at least she was still alive. But, at the end of the day, I knew that would not be comforting.

For most people, “at least” is never enough, because when it comes to life, most of us — cancer or no cancer — always want more. 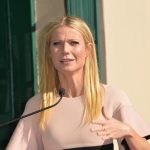 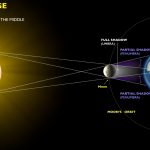