To listen to all those desperate to reform health care, you get the impression that physicians are pretty horrible people. We are all sexist, greedy, money grubbing tyrants who will perform unnecessary tests and procedures just to make money. We don’t care about quality or cost. We are killing off 250,000 patients every year with our ignored “errors.” We purposely keep our patients in pain, or we addict them to narcotics just to shut them up. We are constantly told by lawyers that lawsuits are necessary to protect patients from doctors. We provide unsafe drugs just because the drug reps give us free pens and coffee cups. The government must step in to clean up the mess.

All this is all the more unusual since every effort to “fix” these problems seems to have made matters worse, and despite all the attempted fixes, physicians reputations just continue to deteriorate. Like a lot of physicians over 60, I witnessed the change from the “golden age” until today. As I near full retirement, I have a chance to reflect on those changes and ask myself, are we really that bad? How were things in the late 1980s when I started ? Perhaps it is time to get back to the past and find out.

My first practice was a two-man orthopedic group in a high- competition area. How would the hot-button items of the today be handled back then?

Here are a few:

1. Quality. There was only one word to describe quality in the late 80s, obsession. Given the competition and the egos, physicians were obsessed with protecting their own reputations as they knew patients had their choice of physicians to go to. Any indiscretion was dealt with fairly harshly. New physicians trying to get hospital privileges were put under the microscope. There was the ever-present specter of malpractice. There was even competition to get on the ER call roster, so much so that if a physician did not respond within 10 minutes, another physician would be called. If a new physician wished to become a partner in their group, a large part of the “buy-in” cost was “good will,” sometimes running into the hundreds of thousands of dollars. That was the premium that a lot of physicians put in their efforts to establish a good reputation.

2. Unnecessary testing. It did exist as today but mostly for the same reason — medical malpractice. But because physicians knew quite well that putting patients through a lot of unnecessary tests and procedures was not a good way to have happy patients and hurt one’s reputation, so it was kept at a minimum. True there were always a few outliers, but they did not last very long.

3. Drug reps. As is today, pharma and other medical device manufacturers were constantly vying for physicians attention only in the late 80s the rewards for that attention were lavish. Fancy dinners and trips were common. I flew on a private jet to visit the manufacturing plant of a medical device maker twice. What was never present, and would have been severely frowned upon if it ever occurred, was any sort of quid pro quo. I was never offered one, nor did I ever hear of one from my colleagues. Plus, because of the obsession with reputation, physicians knew it was foolish to give patients less than effective treatments just to get a free dinner. The main driver was the demand by patients to have the “latest and greatest” treatment even though it may not have been proven to be any more effective than the older treatment.

4. Sexism. In the late 80s the vast majority of physicians were still men, especially in orthopedics. However, by then, the number of women in medical school was increasing which meant that by my late residency and practice when medical students rotated through, there were a lot more women. From what I saw, there was no difference in the way they were treated. What I did see was a big difference in the level of interest. Despite efforts to the contrary, there just was not the level of interest in the specialty compared to the men. If there was interest, it was enthusiastically supported. Of course, this is not to say orthopedic residency was easy, it was always tough but I saw no difference in the way men and women were treated.

5. Medical errors. The 1999 To Err is Human report came as quite a shock to a lot of physicians. We all had our complications, and these were heavily scrutinized. But true medical errors were actually quite rare, especially given the obsession physicians had with their reputations. Plus, if say a nurse committed an “error” they were chewed out quite severely, something that if a physician did today would be quite frowned upon.

6. Pain management. There were, and are, no medical students beyond their first year who do not realize that narcotics are effective pain relieving drugs but are inherently dangerous and meant to be used only in the short term and rarely in the long without good reason such as a terminally ill patient. Almost three decades ago, there was far less interference in the physician-patient relationship and that’s where the decision making occurred. There were always abusers, but they were kept to a minimum. True, there were fewer pain relieving techniques, but physicians were more focused on finding the cause of the pain rather than just shooting the messenger.

7. Medical records. Let’s face it, hand written notes and orders were horrid, no doubt about it. However, for the most part they worked because the records were meant to be used internally. If there was a question about an order, either the physician explained it directly to the nurse or the nurse called to clarify. I rarely, if ever, heard of an error based solely on poor handwriting. The concept of electronic records is not bad, except it was implemented so poorly it made matters worse. Things may improve in the future but not as of today.

8. Cost. Physicians were vaguely aware of the cost of their treatments but only because a lower cost never trumped efficacy or safety. If there were even the suspicion that a physician was holding back a better and safer treatment, they would be crucified by the courts. Plus, it made them vulnerable to their competition who offered the “latest and greatest” treatment.

9. Patient satisfaction. It was always important to physicians because of the reputation factor, but it never trumped good medical decision making and certainly was not used to reimburse physicians.

To say that the health reform efforts of the past 20 years have failed is an understatement and the reasons are clear. All of these efforts have focused on controlling physicians supposed bad behavior and from I can see our behavior was not that bad, certainly not deserved of the massive efforts to take away medical decision making from physicians. It’s time to go back to the past and start over.

A patient becomes the teacher 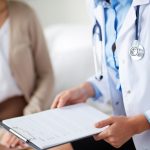 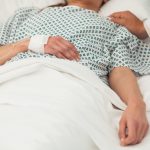 9 reasons the “golden age of medicine” was golden
82 comments