Physician burnout has become the new “buzzword” in the medical industry that is the catalyst for ongoing research and the implementation of new “pilot projects” in the academic world of medicine. However, the research that is being done, is fairly (and predictably) narrow-minded when it comes to teasing out who really is at highest risk for these burnout, depression and even physician suicide.

The research indicates that there are several risk factors for burnout including organizational functionality, specialty, age, job satisfaction, work-home conflict, work-life balance and long work hours. While the studies include that gender and race play a part in the increased risk for burnout, the extent of the risk for burnout in female physicians is largely downplayed.

Being a female physician creates an additional burden in the medical industry that is not present for males. Furthermore, choosing to be a mother in medicine — a “Dr. Mommy,” I like to call us — exponentially increases the number of hats that a woman doctor must wear on a daily basis. This, topped with the fact that women are traditionally responsible for most “domestic” household responsibilities (i.e. cooking, laundry, cleaning the house, etc), makes achieving work-life balance seem impossible without the right support systems in place. Even for Dr. Mommies who have help from their wonderful partners and children may still experience increased stress due to the sense of guilt that comes with the societal pressures of being a “wife” and a “mother.” A woman in medicine may feel that she is also “supposed” to be the one making sure the kids are fed, and the house is clean. Moreover, a Dr. Mommies may also have “parental” hats they wear outside of the home including things like PTA, chauffeur, supporting sports, dance, arts, music or other extracurricular activities involving their children. While these things may seem trivial to those outside of a woman physician or Dr. Mommy’s brain, they do pose a significant stress in addition to the known obvious stresses of simply being a physician.

At work, female physicians can face condescension and even discrimination at work from both males and females. It has been shown that women physicians are often asked to do things such as take on extra responsibilities in the workplace. Things such as bringing food to a potluck, planning holiday parties, being on certain committees are things that are rarely asked of men. Additionally, women physicians are more likely to be asked to stay later, take extra call, cover for an absent physician than their male physician counterpart.

The point here is that women physicians need to be even more aware and proactive in recognizing and taking action when experiencing the signs and symptoms of exhaustion. It is known through research that female physicians are more likely to experience burnout than male physicians. It is known that 400 physicians kill themselves each year, and while we know that this is wildly underreported, we also know that women physicians are at higher risk for suicide attempts. Where there is awareness, there is opportunity. If women physicians, and especially Dr. Mommies,
recognize and reach out for help early on, (counseling, coaching, or therapy), then we have a chance of positively impacting the satisfaction, fulfillment, and ultimately the longevity of our lady doctors.

Trauma in the OR. From doctors' bullying. 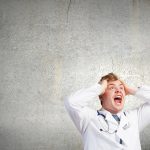 Nothing could help my patient, but ministering to him helped me 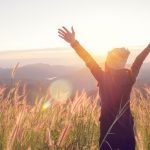 A warning to women doctors: You are more at risk for burnout
1 comments