I cried this morning. It wasn’t because of the patient who coded with a wide-complex tachycardia and died in front of me, and it wasn’t because of the patient who tried to spit on me for not giving her a prescription for narcotics. Nor was it my intoxicated 2 a.m. bar fight patient yelling at my other patients, including one whom I’d recently diagnosed with metastatic cancer. It was because I was tired and defeated. Sitting quietly at my desk in the back corner of this emergency room with the third cup of coffee since my shift started at 7 p.m., I spent this night like the countless others preceding it, churning through notes and seeing patients with the goal of trying to provide the best patient care I can while being reminded by the sounds of the waiting room that many more need to be seen.

But I didn’t cry as bad as the surgery resident behind me did last night. She had made a mistake. Somewhere midway into her shift, well beyond what any other industry would consider “safe,” let alone a field where each moment could involve life-or-death decisions, she had clicked the wrong button. She made a human error that anyone, even with a good night’s rest, could have made. There was a theoretical harm to the patient. And upon immediately recognizing this, she owned it and called her attending. It was impossible not to hear his voice screaming through the phone. Almost as impossible as it was for her to hide her already bloodshot eyes, now tearing, as his words ripped deeper and deeper into her; her literal cries of “I’m sorry’ met by deaf ears and bitter words.

And I didn’t cry as bad as the psychiatry resident last week; the one who thought he was alone in the supply closet when I fumbled in looking for a suture removal kit. On the other side of the ER, a patient had apparently said all the wrong things, and one of them had hit home. It was the kind of conversation that was too loud for you to not hear and too angry not to notice; I’d seen the resident walking quietly away with his clipboard under his arm to the closet several minutes before. Minutes after when I’d walked in, he coughed, made eye-contact and looked for a quick exit. Hastily wiping tears onto his sleeve in the process; leaving the room to go back to the patient and finish.

And so it seems so much easier with each passing day to understand why our profession suffers from such alarming rates of burnout and depression. We staff busier and busier hospitals with patients who have increasingly complex health care needs. We are asked to do more and more. And we do it through hours that are unsafe for both our patients and ourselves. But we residents don’t talk about that, because when we do, those before us are quick to remind that “we worked longer.” We don’t acknowledge the difficulties and vast differences in health care systems of then versus now. But when we hear about her, the young doctor who rammed her car into a guardrail after falling asleep at the wheel, or him the young doctor who jumped to his death, we get uneasy. We offer counseling sessions and ice cream socials. But we don’t fix the problem. We put Band-Aids on cracks to an already breached dam. We simply say, just keep working. Burnout and depression and suicide don’t signify an issue with the clinician; it signifies a failure of the system.

Christopher Bennett is an emergency physician and can be reached on Twitter @cleebennett.

A wealth of medical knowledge in a country that lacks resources 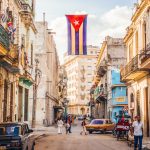 A new medical intern begins. These 2 mottos will serve him well. 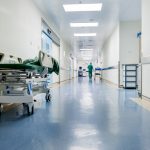