Recently I found myself sitting in my car in the parking lot of my clinic, unable to will myself to open the door.

I didn’t want to head into the clinic that morning. Instead, I was filled with despair; overwhelmed with the events of the world.

How can I do it? I thought. How can I walk in there and summon the energy to see my patients?

An even worse thought: Why should I do it? What is the point in trying to heal the sick, in a broken world?

In addition to world events, I had just found out that the loved one of someone I knew had been a victim of a brutal attack: a random act of violence.

I couldn’t fathom how I would be able to walk into the clinic and face my sick, and in some cases dying, patients, and put forth to them the person they expected me to be — their doctor who believes in them, and who puts all else aside to be there for them.

As I sat there, I struggled to make some sense in my mind of recent events, but I realized, there was no sense to be made. I still didn’t feel like I would be any use to my patients, but I decided I was no good to anyone sitting in my car either.

So I went inside. I started my day, and in moments I was too busy to think about anything else. A few hours later it hit me — I was sitting with one of my patients listening to her concerns, and it was a few hours later. Without conscious thought, I had automatically stepped into my role as a physician, to put all else aside except the person behind the exam room door. And something else had happened too. The sense of despair was gone. I was filled with a sense of purpose again. The one that usually gets me through the door each morning, but I had momentarily lost.

There are many forces that can make us lose our sense of purpose, both external and internal to the world of medicine. It’s awfully hard to be a good doctor without that sense of purpose. Some might call that burnout.

Some days, it feels like it would be easier to shut down, to just stop caring. There’s too much bad out there.

But that’s exactly why we can’t stop caring.

I am often asked about my job as an oncologist, and most commonly I am asked whether it isn’t too “sad” or “depressing.” I can never quite put into words how completely opposite it is.

That morning, it was only when I briefly lost my sense of purpose, that I felt a sense of despair. The opportunity and privilege to help someone in a true time of need is about as far from despair as you can get. And I get to do it every day. As do thousands of other doctors.

It turned out, while I was sitting in my car afraid the world had filled me with despair, and I wouldn’t have enough to offer my patients, I needn’t have worried: My patients are what restored me that day.

We are not shielding our patients from harm 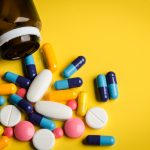