Kenan Malik writes in the New York Times in support of Charlie Gard’s parents, presenting a secular, utilitarian argument for the continuation of the child’s treatment.

The practice of withdrawal of care is often invoked in the debate over assisted suicide.  Proponents of assisted suicide frequently make an “equality under the law” argument: since we allow the death of patients by withdrawing intensive care, shouldn’t we also allow patients to commit assisted suicide?

Opponents of assisted suicide sometimes argue that withdrawing care is not the same as assisting someone’s suicide because the former is an omission, while the latter is an “action.”  Gorsuch explains that that argument is unsatisfactory.  In both cases, somebody “does” something. It’s not all that clear why the question of acts of omission versus commission should bear on the morality or legality of assisted suicide.

The argument from causality is more convincing but not without difficulties.  Gorsuch reports that in the case of Vacco versus Quill, a federal appellate court rejected it unanimously with a short litany:

The U.S. Supreme Court ultimately disagreed with the appellate court and argued in favor of the distinction between “letting die” and killing, but note the false parallel in the appellate court’s argument:  Withdrawal of the ventilator unmasks an existing ventilators failure. It does not bring it on. Withdrawal of food or water, however, does bring on starvation or dehydration and, from the perspective of causality, would be responsible for the death of a patient, particularly if the patient is otherwise assimilating the food and water without difficulty.  Nevertheless, arguments from causality are likely to remain murky to the modern mind, so long as causality continues to be considered strictly in mechanistic terms.

The most convincing line of argument against the equivalence made between withdrawal of care and assisted suicide, then, is the one pertaining to intent. In withdrawing care, one may foresee but need not intend the patient’s death. In assisted suicide or euthanasia, death is always intended.

As Gorsuch and the Supreme Court explained, the intent behind an action is germane to the how the law deals with certain actions. Criminal law almost always takes intent into account. (Civil law, on the other hand, is less consistent in that regard.)

In his book, Gorsuch does a nice of job of showing how the doctrine of double effect informs much of American and Western legal practice. He also details arguments raised against this doctrine, but shows that even the utilitarians are inconsistent in their attacks against it.  Gorsuch ultimately opines in favor of the doctrine of double effect — correctly in my view.  In sum, one may not plausibly argue that because the withdrawal of care is permissible under its usual circumstances (when one does not intend the death of the patient), that assisted suicide should be permissible.

In the case of Charlie Gard, however, Malik is correct in drawing the parallel:  The State intends Charlie Gard to die (on the argument that his alleged suffering is “needless” and he should “die with dignity”).  It is therefore inconsistent for the UK to condemn the child, yet deny the patient with advanced neurological disease access to assisted suicide to limit his suffering.  The correct stance for justice, however, is not to consistently intend the death of the weak and disabled under the false argument of compassion or dignity, but to consistently say no to the culture of death. 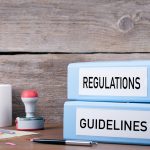 Are pharma gifts to doctors a red herring? 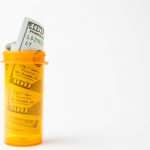 Neil Gorsuch and the case of Charlie Gard
4 comments