The answer reflected off of her face, and I knew my news would be no surprise.

Nonetheless, the lump in my throat grew as I hesitated to tell her the latest we found on her recent scans. The fact that this was a recurrence of a previous cancer and she dealt with this inhumanity in the past also did not make it any easier.

It was then that Mrs. B spoke up, maybe to ease my growing reluctance to speak. “It is back, isn’t it?”

“Yes, it is, and it seems to have spread. In fact, I think the pain in your back is from a new metastasis that was seen on your spine.” I looked at her with a professional look while my insides wept at the tragedy.

“I knew it,” she said with conviction. “And I know this time I will die, but I won’t go until I see my daughter graduate from high school.” Two years hung in the air before her daughter would reach that milestone but she seemed determined to defy the dire prognosis her oncologist predicted for her.

At this point in her medical care, the decision to just provide comfort care was formed and agreed upon by all parties. With no further chemotherapy, death arrived on her doorstep, and there would be no weapons to stave it off. The oncologist gave the verdict of just a few months.

At her next visit, she pulled out a recent picture of her daughter and told me how she was a star in the high school play. Her face shone as she spoke of her and her accomplishment. When I asked her about the pain in her back and she confided that it was intense; yet, she was unwilling to take strong pain medications because she wanted to alert and awake to spend time with her kids.

Over the next year, she brought more tales of her children’s adventures and continued to smile through the mask she placed over her pain. Her scans showed the onward progression of her cancer while her oncologist and I marveled that she was still alive. She finally agreed to take Motrin for the pain because she wanted to be able to keep up with her kids’ activities as summer dawned.

As her daughter started her senior year, she became more fatigued and distressed by that fact. Yet, she persevered in her desire to stay alive to attend her graduation ceremony. Death remained standing on her door step but dared not enter against her fierce determination.

Her visits with me now became almost weekly and she no longer sought out the oncologist’s treatment; there was nothing he could do, and she didn’t want to waste her time. During each of these visits, the mask she wore to prohibit others from seeing her pain began to slide, and I finally convinced her to take stronger pain medications. But, she would only take them when she did not have any time scheduled with her children.

Another play was performed at her daughter’s high school, and again she beamed as she told me that her daughter starred in the show and captured the audience. She described the play in compulsive detail as if trying to etch the memory of it all into her mind forever. And I let her talk just as much as she wished because I knew there was nothing left for me to do. I could only stand back out of her way as she defied the odds and held the door shut to the grim reaper calling her name.

The month before her daughter was scheduled to graduate, she fell ill with pneumonia and was hospitalized. Her sister thought that was the end, but obviously, she underrated her steel will. Mrs. B rebounded and returned home and continued to see me every week. She shared with me the ups and downs of her children’s lives. Whenever I asked about her pain or how she was feeling she would always say “fine.” But, I knew she was in pain because it was now written all over her face. But, she just didn’t care because more important concerns remained.

Her daughter graduated, and she came the next day to give me a play-by-play of the ceremony. It sounded lovely and joyous, and I was truly happy that she was able to attend. I thought that now she would let herself go, admit her pain and release herself to the disease.

But I was wrong once again as I had been all the previous times I suspected she would die soon. She continued to smile through the pain as her scans became uglier and uglier. Surely, she did not have much more time to go.

Her daughter started college, and she came to tell me about move-in day. She was filled with distress because she now had to use a walker because the cancer was destroying her hip bone. She was offered radiation therapy to decrease the size, but she refused, I think because she now realized the end was near and didn’t want to waste a minute away from her beloved children.

In her second year in college, her daughter landed the leading role in the college drama. She described the costumes and said she loved the show but found it a little “risqué.” She wasn’t sure if she liked her daughter in such a role. She was weaker now, and it had not been so easy for her to go, but she was one of the first ones there and snagged one of the best seats in the theater.

By the time her daughter started her third year in college, she was unable to leave the house much and was spending more time in bed. Pain gnawed on her bones, and she surrendered to the pain medications. Her kids were older and did not need her as much, she told me. I responded that kids always needed their mothers and her college graduation was not so far away.

She smiled then and said, “No, I am not going to make it. My time is soon.” Watching her live against the reality of her disease, her words smacked me, and I looked at her in disbelief.

“No, doctor. Don’t be sad. It was a good journey, and I am so blessed to have had so much time to share with my kids.”

And that is the last time I saw her because she died the next week. When she didn’t show up for her appointment, I knew she was gone because she never missed one before. The receptionist called her sister who confirmed her demise.

At her funeral, her family thanked me for coming. Her daughter told me how her mother so much appreciated her visits with me. And I, in turn, told her an epic tale of how much her mother loved her, enough to NOT die for her.

Palliative medicine is a big buzz word in medicine these days. We are taught what medications to prescribe to ease pain and suffering. In more fuzzy lines, we are taught when to stop treatment and how to help patients make decisions about dying. It is never easy despite how many years we remain in practice. We are doctors and want to save lives and cure diseases. Admitting there is no help left often seems like a personal failure. Yet, the reality remains, and we must face our limitations. It is not out of a “God-complex” as many believe. Rather, we did not studying for years and years to watch patients die on our watch. Sometimes, doctors are the ones who have to learn to let go.

Mrs. B taught me so many more valuable lessons about dying than I could possible learn from all my years in school and training. First of all, a prognosis is just a prediction; many factors actually determine the time of death. One of those factors can be just a grid-iron boldness that some people can seize onto. This fine lady also made me see how love is made strong and how it can defeat all odds. I will never forget the conversations we shared, and she instilled me with bravery when treating dying patients. 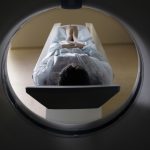 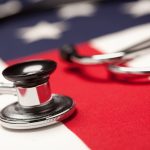