I was recently on an off-service rotation and one morning as I entered a patient’s room that had been admitted to our service, I overheard the patient quickly tell the person they were talking to on the phone, “Hey, can I call you back? My nurse just walked in to talk with me.”

For a moment I was confused and actually turned around to look for his nurse behind me. Alas, the patient was, in fact, referring to me — the person in the long white coat with a stethoscope around her neck and a large badge that had the words “PHYSICIAN” written in big letters.

As some of you read this, many of you might be thinking that I am being too sensitive to this misidentification. And if this had been the first or even the tenth time this has happened, I might agree. However, that has not been the case, and I have been called a nurse more often in my (very) short career as a physician than I care to count.

Please do not misunderstand: I respect the profession of nursing to the highest degree. Without nurses, we as doctors would be lost. Nurses have been by my side since day one on my first day in the hospital as a frightened medical student and have been an asset to me ever since with their incredible intuition and endless wisdom. When it comes to caring for the intricate needs of each of their patients, nurses have a special skill set that is different to the skill set physicians develop in medical school. Yet being mistaken for a nurse is a far too familiar feeling amongst my fellow female colleagues’ and one that is not an issue encountered by my male peers.

History was made one day in October of 1846, when the first successful surgical anesthetic was used by Dr. John Collins Warren at Massachusetts General Hospital. A few years later in 1849 the first female physician, Elizabeth Blackwell, received her medical degree.  Although no females were physicians when anesthesia was initially used successfully, by the 1900’s anesthesiology was one of the few specialties in which women were the majority.

It was a combination of social and economic factors that contributed to women being selected in the specialty of anesthesia. Initially, the majority of male physicians stayed away from anesthesia due to decreased compensation and the unfortunate label that anesthesia had earned of being submissive and secondary to the surgeons in the operating room. It was noted that females were superior to their male counterparts in the role as anesthetists because of their ability to play the role of subservient and were more easily controlled by surgeons. This notion was best summed up by a quote from a British anesthesiologist, Dr. Frederic Hewitt, in 1896, in which he states “Anesthesia was born a slave; and she has ever remained the faithful handmaid of her master surgery.”

Social growth and the breaking of stereotypes during the twentieth century have nearly abolished the notion that women are subservient or inferior to men in the field of medicine. After almost over two centuries, female medical school graduates now outnumber their male counterparts. Despite this milestone, women in medicine are still under promoted and receive less pay when compared to men in medicine, including anesthesiology. A recent RAND study conducted on the “glass ceiling effect” found that women are closing the gender gap in medicine and specifically the specialty of anesthesia by sheer representation, especially for the younger age groups. Yet despite the increase in representation, there still exists a discrepancy when it comes to pay, promotion, and research funding.

I am proud to write that women have fractured the ceiling of this previously dominated male field. However, I still cannot say I feel secure in my role as a female physician. Being called a nurse constantly reminds me of the continued issues I have yet to face. Overpowering the glass ceiling and subsequent gender gaps will take much more than outnumbering men in the field.

As I continue to learn and practice I realize that I will experience these issues often. However, I also realize a couple of key things that will make my career as a female anesthesiologist as successful and fulfilling as possible. While being called a nurse is incorrect, because I am in fact a doctor, I should realize that the vast majority of interactions between colleagues and patients will be mutually respectful, fulfilling and rewarding, and this will only improve with time.

Finally and most importantly, increasing the number of women in medicine, especially in leadership and faculty positions, is critical for providing role models that will contribute to a diverse and well-balanced health care provider team. And at the end of the day, our ultimate goal as health care providers, regardless of whether that is as a physician, nurse, medical assistant, or pharmacist, is to work as a team that provides the best health care for all patients.

Lucy Guevara is an anesthesia resident. 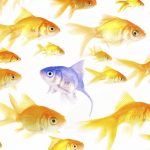 Science is the way out of the opioid overdose epidemic. Not stigma. 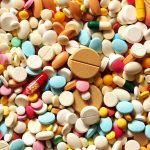