The concept of “First, do no harm,” which is embedded in the oath that kicks off the careers of most new doctors in America, has become something of a surrogate for the practice of medicine. But it’s something of a false promise. Doctors routinely cause their patients harm. The oath we should be taking is, “Help others with as little harm as possible.”

We live in a world of harm — from car accidents to recreational drugs, sexually transmitted diseases, cancer, unhealthy diets, and lack of exercise. The list goes on. In treating the outcomes of these hazards, the goal as a physician should be to reduce harm.

Take obesity as an example. This widespread health risk is an important underlying cause of diabetes, heart disease, cancer, and other chronic conditions. When counseling patients about weight loss fails, as it often does, we turn to interventions like diet pills and gastric bypass surgery. While they can help people lose weight and reduce the risk of developing obesity-related complications, these treatments aren’t without harm. Instead, they can be accompanied by significant side effects and can even by deadly. Nonetheless, we accept these risks as a way to reduce the harm of obesity, compared to the known risk of death and disease associated with morbid obesity.

There are countless other examples. We routinely prescribe insulin, a drug that carries the known side effects of hypoglycemic coma and death, to people with diabetes. The much-applauded drugs that can cure hepatitis C may also cause severe liver failure. Lasix, an essential medication that helps people with heart failure get rid of fluid buildup in the legs or lungs, can also cause kidney failure. And every consent form for surgery, even operations to remove tumors, includes death as a possible complication.

Because harm is inherent in modern medicine, physicians practice harm reduction almost every time we treat our patients. No one, including patients, really gives this a second thought. But when it comes to medical issues that become public health issues, harm reduction becomes remarkably controversial.

We’ve seen this with sex education beyond abstinence-only. There’s no question that the use of contraception reduces unwanted pregnancies and sexually transmitted diseases, yet education in schools on the use of condoms or other methods of birth control are still hotly contested in many states, with critics fearing it will encourage teens to have sex. Clean needle exchange programs, which are not widely accepted despite the known risk of transmitting hepatitis and HIV/AIDS with IV drug use, are yet another example. Current debates centering on the opioid crisis and e-cigarettes further highlight our failure to practice harm reduction.

Tightening up prescribing of pharmaceutical opiates in the name of fighting the opioid crisis, we’ve actually driven patients to using street heroin. Whether to approve naloxone as an over-the-counter treatment to reverse potentially deadly opioid overdoses is still a state-by-state debate. Methadone, a pharmaceutical-grade opioid that helps heroin addicts transition off of street drugs, is still highly stigmatized as “prescription heroin” even though it has been proven to help heroin addicts live productive lives. While methadone is an opioid that, like heroin, can cause death, it has a far safer drug profile than heroin as well as carefully dosed prescribing by specially trained physicians.

E-cigarettes, the ill-named electronic nicotine delivery device that aren’t cigarettes at all, have garnered a similar stigma as methadone. Real (combustible) cigarettes like Marlboro or Camel burn tobacco at high heat. In addition to releasing the nicotine from tobacco, the heat releases tar, carcinogens, and other toxins that get drawn into the lungs. E-cigarettes heat a nicotine-containing liquid at low heat to create an aerosol that is drawn into the lungs. This provides the nicotine that will reduce cravings for smoking without the dose of other toxins.

In the United Kingdom, the official public health policy of harm reduction for smoking includes promoting e-cigarettes as “95 percent less harmful than cigarettes.” In contrast, the e-cigarette debate on this side of the Atlantic is dominated by sexy headlines like “Carcinogens found in urine of e-cigarette users” and the like. Rarely highlighted is the lower exposure to cancer-causing compounds when using e-cigarettes compared to combustible cigarettes, or the possibility that e-cigarettes can help people stop smoking, especially those for whom other smoking cessation methods have failed.

Policy debates like these often pit public health groups against the government agencies that codify the rules and regulations surrounding these issues. But it is health care providers who directly face their real-world effects. We’re the ones putting heroin addicts on life support when they overdose, the ones who treat the first-degree burns of cancer-stricken smokers who light a cigarette while wearing their oxygen masks, the ones who must answer directly to patients when they are knocking on death’s door.

We live in a world of rampant harms and not enough resources in health care to contain them. Our paradigm should evolve from “do no harm” to “reduce harm.” Chained by practicality, physicians don’t have the luxury of shooting for the impossibility of no harm. It’s time for us to embrace, on all topics — sex, drugs, smoking, etc. — harm reduction.

Amy Ho is an emergency physician.  She can be reached at her self-titled site, Amy Faith Ho.  This article originally appeared in STAT News.

Is the future of cancer screening at your local shopping mall? 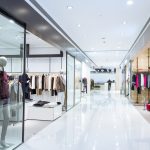 From “do no harm” to “reduce harm.” It’s time to change the paradigm
2 comments